This week, global leaders met in New York City to set ambitions for legally binding agreements on carbon reduction at next year’s U.N. Conference of the Parties (COP) meeting in Paris. In advance of this meeting, 400,000 concerned citizens took to the streets of New York for the People’s Climate March, joined by thousands more in over 2,500 locations around the world, showing global leaders that the political will exists for aggressive action on climate change.

The road to Paris, however, will have to wind through the difficult territory of historical conflicts between industrialized nations with economies built on cheap fossil fuels and emerging economies that must now commit to alternative development pathways. Proponents of fossil fuels frequently present this conflict as a choice between economic growth and aggressive carbon reduction, but in reality, this is a false dichotomy. Case in point is Brazil, an emerging economic powerhouse and key stakeholder in the upcoming negotiations. Brazil has the potential to become a global example of how renewable energy generation, emissions reductions, and sustainable land management can go hand in hand with continued economic prosperity.

To do so, Brazil must overcome some key challenges. Most notably, the nation will need to increase generating capacity by an estimated 125GW over the next 20 years to satisfy growing demand. According to National Secretary for R&D, Technology, and Innovation Carlos Nobre, for Brazil to do so and meet its goal of reducing emissions 20 percent by 2020, 80 percent of that electricity should come from renewables.

Today, Brazil sources between 70—80 percent of its electricity from hydroelectric power, but the current drought (the worst in several decades) has caused an almost 40 percent decline in hydroelectric generating capacity. At the same time, current climate change projections predict a 30—40 percent decrease in precipitation in the hydro-rich Amazon region over the next 40 years, leaving a serious gap for the Brazilian Energy Research Company (EPE) to fill. This year, the country filled the gap with fossil fuel-powered thermoelectric plants – at an exorbitant cost of 12 billion reais ($5.2 billion).

According to Professor Nobre, the country has the highest renewable energy potential per km2 in the world. In 2010 – in another example of renewables trumping market predictions – wind became competitive in the Brazilian energy market ten years earlier than the EPE’s projection. Today, at a price of 137 reais/ MWh ($57/MWh), it is the cheapest wind resource in the world, cheaper than fossil fuels and closely competitive with hydroelectric power.

Brazil still faces a number of obstacles to scaling a decentralized model for solar, most notably taxes and the lack of incentives for residential solar users to sell electricity back to the grid. But the country’s history of innovation in the energy market proves these obstacles can be overcome. Brazil was the first to incentivize the energy market through contract auctions and drive the fastest expansion of wind projects seen to date. As a result, this August, the Brazilian Wind Energy Association celebrated 5 GW of installed capacity. According to Elba Melo, the association’s president, there are an additional 20 GW in portfolio and the country has an estimated 300 GW in wind resources. By using the auction model for solar, Brazil has an economic blueprint to scale photovoltaic (PV) generation quickly.

Brazil has good reason to pursue this path. According to Professor Nobre, Brazil has five to six times Germany’s PV output potential, without the latter’s intermittency problem. (The fact that Brazil has a sunnier disposition than Germany will surprise no one.) With the right market mechanisms in place (as with wind five years ago), the return cycle for investments in combined PV and storage is projected to be six-to-eight years. This kind of model, paving the way for wind-PV coupling, could play a major role in satisfying demand while reducing the growing risk that continued droughts pose to Brazil’s current electricity mix.

Alongside its expansion of renewables, Brazil has also led the fight in combatting deforestation, which accounts for about 11 percent of the world’s greenhouse gas (GHG) emissions. Between 2005 and 2012, Brazil reduced deforestation by almost 80 percent (eliminating GHG emissions equivalent to those of the entire U.S. transport fleet for three years).

One of the vital mechanisms at work in this reduction has been indigenous autonomy over tribal lands. At the U.N. Climate Summit this week, the U.K., Germany, and Norway pledged over $220 million to support indigenous initiatives to avoid deforestation globally. According to a World Resource Institute report, Brazil’s deforestation rate in indigenous lands would likely have been 22 times higher without legal recognition. Despite Brazil’s refusal to sign a pledge to eliminate deforestation by 2030 at the U.N. summit, enforcement of the forest laws and legal recognition of indigenous lands are bound to be key strategies if the nation is to reverse this year’s 38-percent spike and continue its leadership role in reducing emissions from deforestation.

Against this backdrop, The Climate Reality Project is hosting its 25th leadership training from November 4—6. Building on the momentum of the U.N. Climate Summit and looking ahead to upcoming COP meetings in Lima and Paris, Climate Reality will convene a three-day forum of national and regional scientists, business executives, public servants, thought leaders, and communications experts in Rio de Janeiro. The event’s goal is to create local and regional support for aggressive commitments to action in areas like renewables and deforestation.

Will Brazil heed the warning signs of climate change presented by this year’s droughts and recommit to slowing the destruction of vital carbon-capturing forests? Will the nation create the infrastructure and policies that foster the continued growth of renewables and slow deforestation? Or will it bet against climate scientists’ predictions in the hope that this year’s drought was an anomaly?

How Brazil answers these questions has implications far beyond its borders, especially with the Paris COP looming. The road to get there will not be a smooth, even path, but a winding trail across a complex landscape. Brazil has already shown leadership in taking the world forward on this path, displaying vision, creativity, and innovation in sparking growth in the wind energy sector not seen anywhere else and reducing deforestation while still showing robust economic growth. Now, the world’s citizens are asking, can Brazil embrace the role it has played as a leader in sustainability and bring those same qualities to Paris? 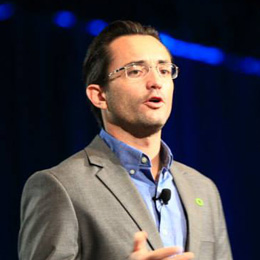