This article was originally published by John Cook on The Conversation. Read the original article.

It’s been almost a month since the paper I co-authored on the synthesis of research into the scientific consensus on climate change was published. Surveying the many studies into scientific agreement, we found that more than 90% of climate scientists agree that humans are causing global warming.

It’s a topic that has generated much interest and discussion, culminating in American Democrat Senator Sheldon Whitehouse highlighting our study on the US Senate floor this week.

My co-authors and I even participated in an Ask Me Anything (AMA) session on the online forum Reddit, answering questions about the scientific consensus.

While my own research indicates that explaining the scientific consensus isn’t that effective with those who reject climate science, it does have a positive effect for people who are open to scientific evidence.

Among this “undecided majority”, there was clearly much interest with the session generating 154,000 page views and our AMA briefly featuring on the Reddit homepage (where it was potentially viewed by 14 million people).

Here is an edited selection of some of the questions posed by Reddit readers and our answers.

Q: Why is this idea of consensus so important in climate science? Science isn’t democracy or consensus, the standard of truth is experiment.

If this were actually true, wouldn’t every experiment have to reestablish every single piece of knowledge from first principles before moving on to something new? That’s obviously not how science actually functions.

Consensus functions as a scaffolding allowing us to continue to build knowledge by addressing things that are actually unknown.

Q: Does that 97% all agree to what degree humans are causing global warming?

Within some of our own research, several definitions are used for the simple reason that different papers endorse the consensus in different ways. Some are specific about quantifying the percentage of human contribution, others just say “humans are causing climate change” without specific quantification.

We found that no matter which definition you used, you always found an overwhelming scientific consensus.

Q: It’s very difficult to become/remain a well-respected climate scientist if you don’t believe in human-caused climate change. Your papers don’t get published, you don’t get funding, and you eventually move on to another career. The result being that experts either become part of the 97% consensus, or they cease to be experts.

Ask for evidence for this claim and enjoy the silence (since they won’t have any).

As a scientist, the pressure actually is mostly reversed: you get rewarded if you prove an established idea wrong.

I’ve heard from contrarian scientists that they don’t have any trouble getting published and getting funded, but of course that also is only anecdotal evidence.

You can’t really disprove this thesis, since it has shades of conspiratorial thinking to it, but the bottom line is there’s no evidence for it and the regular scientific pressure is to be adversarial and critical towards other people’s ideas, not to just repeat what the others are saying.

Q: What’s the general reasoning of the other 3%?

Interesting question. It is important and diagnostic that there is no coherent theme among the reasoning of the other 3%. Some say “there is no warming”, others blame the sun, cosmic rays or the oceans.

Those opinions are typically mutually contradictory or incoherent: Stephan Lewandowsky has written elsewhere about a few of the contradictions.

Q: Do we have any insight on what non-climate scientists have to say about climate change being caused by CO2?

In a paper published last year, Stuart Carlton and colleagues surveyed biophysical scientists across many disciplines at major research universities in the US.

Q: It could be argued that climate scientists may be predisposed to seeing climate change as more serious, because they want more funding. What’s your perspective on that?

Any climate scientist who could convincingly argue that climate change is not a threat would:

1. be famous
2. get a Nobel prize
3. plus a squintillion dollars in funding
4. a dinner date with the Queen
5. lifelong gratitude of billions of people.

So if there is any incentive, it’s for a scientist to show that climate change is not a threat.

Q: I was discussing politics with my boss the other day, and when I got to the topic of global warming he got angry, said it’s all bullshit, and that the climate of the planet has been changing for millennia. Where should I go to best understand all of the facts?

Skeptical Science has a list of common myths and what the science says.

But often facts are not enough, especially when people are angry and emotional. The Skeptical Science team has made a free online course that addresses both the facts and the psychology of climate denial.

Also, remember that you may not convince him, but if you approach him rationally and respectfully you may influence other people who hear your discussion. 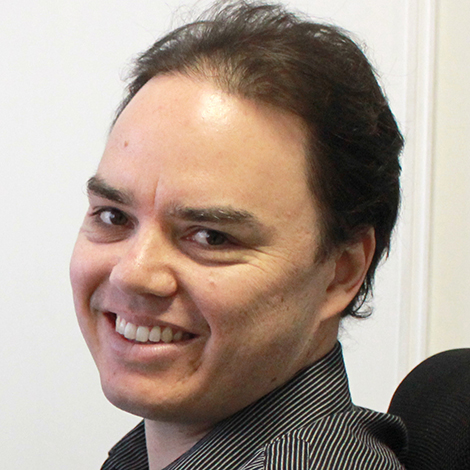 John Cook is the Climate Communication Fellow for the Global Change Institute at the University of Queensland. He also runs skepticalscience.com, a website that makes climate science accessible to the general public and examines the arguments of global warming skeptics. He co-authored the book "Climate Change Denial: Heads in the Sand" with environmental scientist Haydn Washington and the university textbook "Climate Change Science: a Modern Synthesis" with geologist Tom Farmer. He completed a First Class Honours degree in Physics at the University of Queensland and is currently completing a PhD in Cognitive Psychology at the University of Western Australia.