The Internet is rife with theories on what we might see in the Environmental Protection Agency’s newest carbon pollution regulations, slated to be announced on June 2. These proposed regulations will apply to existing power plants, which produce nearly 40 percent of the United States’ carbon pollution, the primary driver of climate change.

No single action the U.S. has taken to address climate change is as important as this proposal. If we can take a big bite out of power plant emissions, we can start as a nation to make a big difference in the climate fight. While we don’t yet know exactly what will be included in the proposed regulation, we do know that the stakes could not be bigger and the payoff could not be larger if we do it right.

As the former deputy administrator of the Environmental Protection Agency (EPA), as well as its former senior policy counsel, I know a thing or two about the agency, as well as this groundbreaking new rule in particular.

With Congress tied in knots on climate change, the Obama administration has been forced to look to existing law to reduce carbon pollution. The courts are critical in confirming that EPA has the legal basis to move forward and the news has been good in recent years. The EPA is currently (and successfully we might add) using the Clean Air Act (CAA) to mandate greenhouse gas reductions in the U.S. They’re able to do this because the Supreme Court upheld in 2008 the EPA’s power to regulate carbon dioxide, the heat-trapping gases from industry and vehicles, citing that it endangers public health.

The next step for EPA is to use the CAA to tackle power plant emissions. Industry and some members of Congress are already questioning whether the CAA allows EPA to take this step. But with EPA coming off a few big wins in the Supreme Court and the DC Circuit, there’s good reason to be confident.

While environmental statutes are complicated and often take time to interpret, the courts are signaling that if the EPA does a conscientious job – by making difficult policy choices and explaining them carefully to people like you, to the power industry, to big and small businesses, and everyone else involved – they will give the agency and its experts the benefit of the doubt.

And when these policy choices are upheld, good things happen. Things like reductions in overall greenhouse gas (GHG) emissions.

Since the U.S. was for many years the world’s largest emitter of carbon pollution, our resolve and commitment to reduce power plant emissions will ripple far and wide across the globe. Over the next year and a half, the United Nations (UN) will host multiple international climate change negotiations, starting in New York City this September, picking up again in Lima, Peru in December, and ultimately concluding December of 2015 in Paris, to hammer out a new global agreement on climate.

With these extremely important international negotiations looming in the very near future, we need our carbon regulations at home to be as strong as possible so that our government can lead by example. If our highly industrialized economy can demonstrate real progress in cutting emissions in a vital sector like electricity production, other large emitters like China, Brazil and India will be more willing to bite the bullet and take bold steps under a new global agreement.

We’ve often been told that reducing carbon emissions will require costly and painful sacrifices that will hurt our economy. But he reality is this: between 2005 and 2012, the U.S. has reduced GHG emissions by 10 percent – without lights going out, without drastic increases in electricity bills, with impressive job creation in the clean energy sector. This tells us that the trajectory in the U.S. energy system is towards lower emissions and that we can build on it very successfully. It’s all right there in front of us: this country just needs to make a concerted shift away from dirty, high-emitting power plants and toward cleaner fuels, renewable power and energy efficiency.

Our economy, industry and citizens are now making the right moves – that much is clear. But we need to move faster and accelerate the changes that we’re seeing in our electricity sector. The new power plant regulations will provide the right push at the right time. If we can come this far without new government policies, think of what we can do with the incentives and drivers that EPA can provide.

This is one of the most complicated rules that EPA will be issuing – and with it will be huge congressional and stakeholder interest. Technical, legal, and policy comments will be very extensive, and as a matter of fact, a group of 45 senators have already requested the EPA provide a 120-day comment period on this upcoming rule for existing power plants, double the usual 60-day comment period. Reactions to EPA’s proposals across the political spectrum will be polarized and divided, so EPA has a huge amount of work ahead of it in order to stay on the very tight schedule the Obama administration has laid out.

The EPA can count on the strong support of states with progressive climate policies, but will face die-hard opposition from other states bitterly opposed to federal environmental mandates. These divisions are likely to be mirrored within Congress and the power industry.

The President has told EPA that he wants a final rule in place by June 2015. Once the rule is in place, the states and industry will need additional time to prepare for compliance and adopt necessary procedures and policies so we won’t really see emission reductions until a few years down the line.

Because time is our enemy on climate change, we can’t afford any further delay. And as I mentioned earlier, this particular regulation is important for the United States’ standing in the international negotiations so we need to act quickly in order to have some pull at the negotiating table in 2015. Oh, and there’s a Presidential election in 2016. If this rule isn’t finalized on schedule, its future – and all the progress we’ve made to get here – could be jeopardized under a new administration with different priorities.

Getting a final rule out by June as the president has asked is a daunting task. I know the EPA will be pulling out all the stops, but there will be many voices from industry and Congress in the mix, including some who will demand that EPA slow down and back off. In the end, the most important stakeholders are members of the public who are affected by climate change – and they need to be heard. That’s why when the proposal is released early next week, I sincerely hope you’ll join with The Climate Reality Project and send your comment in to the EPA in support of this vital regulation.

When the proposed regulations are released on June 2, they will have been a long time coming. But it won’t be the end of a fight – it will be just the beginning. Check back regularly for more ways you can work with The Climate Reality Project to support the EPA’s new regulations. 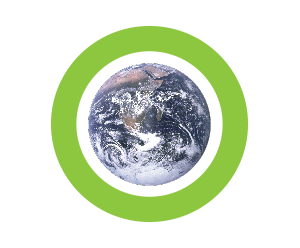