A LETTER FROM OUR
FOUNDER & CHAIRMAN 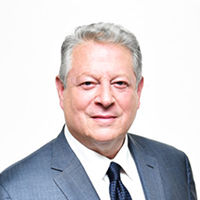 You probably felt it too.

Maybe it was all the above. Because this year, when I heard people talking on the news, online, and even out on the street, I could hear that something had changed. I could hear a new sense of urgency, an awareness of the climate crisis as a truly global emergency, all at a level I’ve not heard before.

And not a minute too soon. Because we face a race against time to stop this crisis from becoming a catastrophe. According to the IPCC, we only have until 2030 to halve global emissions and transform our energy systems planet-wide.

But make no mistake, as great as our challenge is, we are living in a moment of unprecedented possibility. Because now, the world is waking up. We saw in the US midterm elections that Americans have had enough of climate denial and inaction. Across the Earth, more and more people are standing up to fight for the sustainable future in our grasp.

More than anything else, this is what gives me hope. When I see thousands of new Climate Reality Leaders jumping right into action or the towns and cities going renewable through our 100% Committed campaign or the millions tuning in to learn about the crisis during 24 Hours of Reality, I know we can win.

For this, I want to say to you, our friends and supporters, thank you. None of this would be possible without you. When you see a major city like Denver, Colorado going renewable or support for bold climate action hitting the highest numbers pollsters have seen, know you had a hand. I hope you feel proud. I feel deeply grateful. 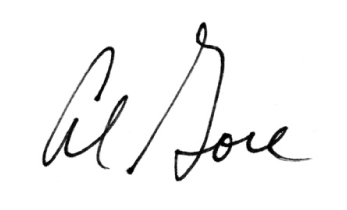