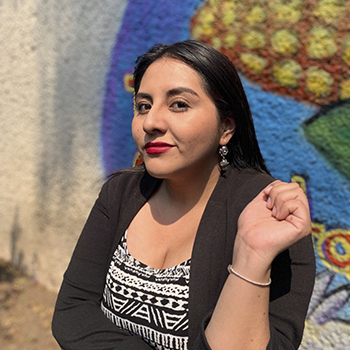 Alejandra Ramirez knew early on she had a calling. Wanting to share the deep appreciation for the natural world she’d gained as a child, Alejandra volunteered as a teenager to guide visitors through her local museum’s climate change exhibit. But as she spoke to people day after day, she discovered how few understood what the climate crisis meant or shared her conviction that we must act.

Alejandra decided she could help change that. She started by studying biology at university so she could learn more about the science of climate change. As a student, she wanted to bring more young people into the climate movement, so she started her own nonprofit to do just that, earning her Mexico City’s prestigious Youth Award.

It was just the start. Alejandra would spend 10 years after graduating working on a range of climate, conservation, and biodiversity issues. During this time, she became director of sustainability in the Mexico City municipality of Azcapotzalco, bringing people across sectors together to create wide-ranging climate strategies. It’s been challenging and sometimes lonely work, but training as a Climate Reality Leader has connected Alejandra with a network of other local activists and helped rekindle her passion for engaging young people in the climate fight.