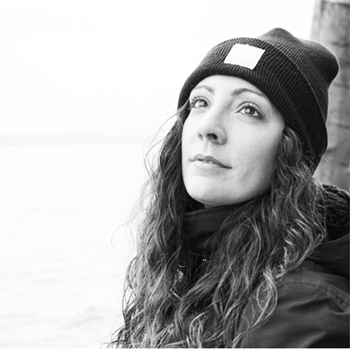 They say travel broadens the mind. For Nico Scagliarini, it also gave a new sense of purpose. While spending an exchange semester at the University of Sydney in 2010, Nico saw for herself the extraordinary destruction coal mining inflicts on the climate and the natural environment.

She also saw that hardly anyone in Australia was talking about it. So, to change that, she began documenting the scars that coal and climate change were leaving in Australia and sharing the results in a series of stunning photographs.

Fast forward to 2018. Nico was living in Hamburg, Germany, working as a communications consultant for NGOs and sustainable businesses when she trained in Berlin. At the training, she learned that coal was ravaging German communities and landscapes in the same way she’d witnessed in Australia. She saw, once again, that not nearly enough people were talking about it.

Nico’s response was to join forces with other Leaders to create the Climate Hub Hamburg, a place where she began giving monthly talks on climate, coal, and solutions. Climate Hub Hamburg didn’t stop there, either, launching a web video series documenting the human costs of coal in a village being swallowed by a monstrous open pit mine.