If you’ve kept up with Climate Reality for a while, you know that 24 Hours of Reality: Truth In Action was a whole new take on an annual tradition. This year, instead of discussing our changing climate via a live, 24-hour web and TV broadcast, we did something different — we asked our incredible Climate Reality Leaders to engage their communities in a day of climate action and education.

More than 1,500 Climate Reality Leaders delivered over 2,000 presentations across 82 countries, on all seven continents, and in all 50 US states. Together, they inspired audiences all across the globe to take action on the climate crisis.

Every single one of these presentations represented an incredible climate action, and many were incredibly unique, so we thought we’d share a few highlights from the big day! 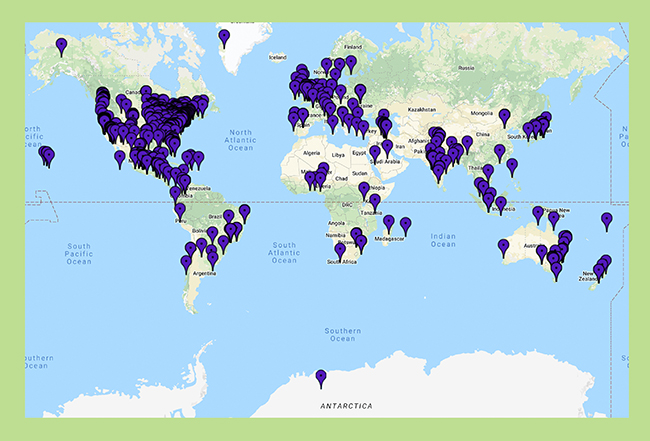 What better way to start 24 hours of presentations than by watching former Vice President Al Gore do what he does best: get a crowd fired up to take climate action! That’s exactly what a packed audience experienced at Vanderbilt University in Nashville, Tennessee.

Over the next 24 hours, more than 1,700 grassroots activists around the world will bring the hopeful message about climate solutions to their communities for 24 Hours of Reality: #TruthIntoAction, a global day of climate action and education. @climatereality has always believed in the power of education and the importance of engaging directly with our friends, families, and neighbors to build a global coalition for climate action. That’s why I’m addressing my own community of Nashville, Tennessee at @vanderbiltu. I am honored to have the opportunity to share how we can work together to create a better future for ourselves, our children, and our grandchildren.

Not long after his kick-off, Climate Reality Leaders began presenting to audiences all across the globe.

1. What better place to talk about the future of renewable energy than in a retired coal plant?


2. Just like Vice President Gore, Jonathan and Drew Scott (AKA, the Property Brothers) spoke truth into action in Nashville, Tennessee.

Our @sbentertainment team’s desire to make change is inspiring. Today we joined thousands of eco-conscious leaders from around the world to present #24HoursOfReality to our production team pic.twitter.com/nxpQN7jdHS


3. Several major companies around the world, including IBM, Sony, and Lamborghini, also joined the conversation.

Great to see the preparation come off for the #THINKClimate event tonight! One of the first events in @algore’s 24 hours of @ClimateReality #TruthIntoAction One of 1,700 events around the world in 24hrs! #ClimateAction #ClimateChange #VotesVoicesChoices pic.twitter.com/kp2yn35NSL


4. It wasn’t just companies, though. Some fantastic organizations also joined.

Today we are joining #24HoursofReality with the @ClimateReality Project! We kicked off the morning with a staff conversation on the truth of the #ClimateCrisis and how we can be part of the solution.
More: https://t.co/Rac6cEpM9K#TruthinAction #ClimateActionNow pic.twitter.com/oapLr8neJH


5. In Australia, Climate Reality Leaders described the link between our warming world and increasingly acidic oceans and coral bleaching on the Great Barrier Reef.

6. And speaking of Australia, thanks to Climate Reality Australia Branch Manager Linh Do, a 24 Hours presentation was even hosted in Antarctica!


7. David Rodwell — an extraordinarily tireless Climate Reality Leader — gave an astounding 28 presentations in the span of the event’s 24 hours. 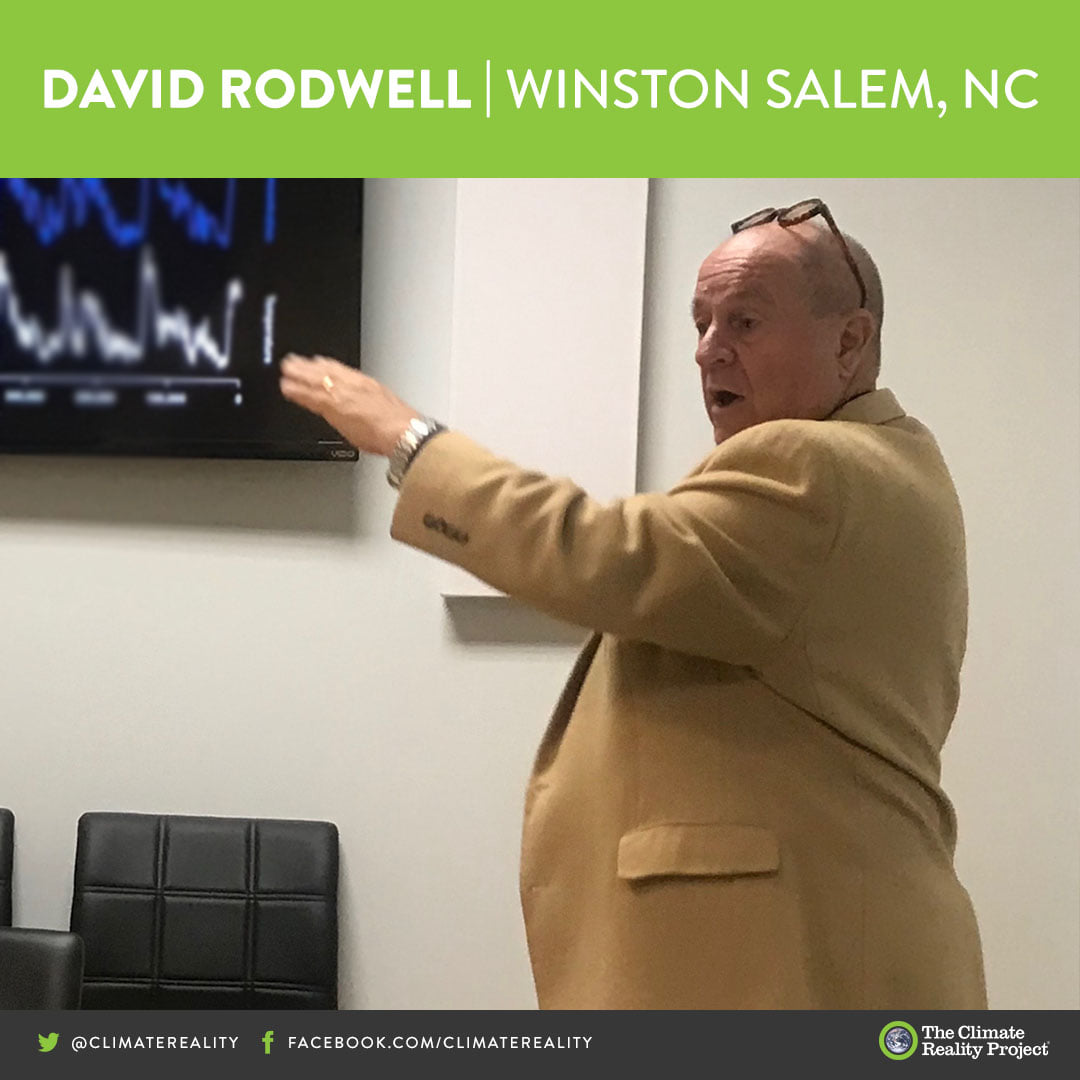 8. Meanwhile, on the opposite coast of the United States, Climate Reality Leader and Earth Uprising founder Alexandria Villaseñor gave her presentation at the University of California, Davis.

We're doing #24HoursofReality with the @ClimateReality @ucdavis chapter!
24 hours...24 speakers. The #ClimateCrisis doesn't sleep, and neither do we!
I was honored to speak alongside @BenHoulton @nickbuxton and so many others tonight. pic.twitter.com/ADTgsZGVmH


9. In fact, schools around the world – like the one below in the Italian town of Melzo – took the time to join the discussion.

Students from Melzo, Italy are also part of the #24HoursofReality: #TruthIntoAction!
They demand help from adults to stop #ClimateCrisis! pic.twitter.com/fPfpPznNjl

In this pic people are still coming in the room and more chairs are being put up. #24hoursofreality Presentation to superinterested crowd in Kyiv, Ukraine was well received! Lovely to be here! #ClimateAction is fun! pic.twitter.com/txw50uhOeL


11. Just a few time zones away, a presentation was also hosted in the city of Riyadh, Saudi Arabia. 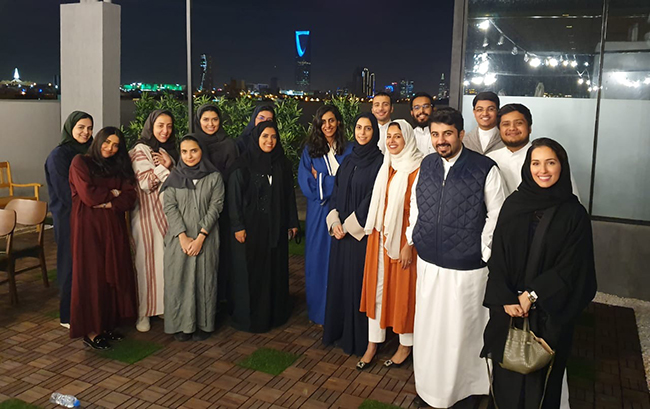 Presenters Sarah Alharthey and Tariq Buhilaigah with their audience in Riyadh, Saudi Arabia.

Africa has had 24 hours of discussing the #ClimateCrisis and finding solutions in Uganda. We've put #TruthIntoAction #24hoursofreality. Thanks to @ClimateReality and @AfricaCRP. I'm proud to be one of the Climate Reality Leaders trained by @algore. #LeadOnClimate pic.twitter.com/Oq7A7LP5L6


14. …and back in North America at a school in Ontario, Canada. 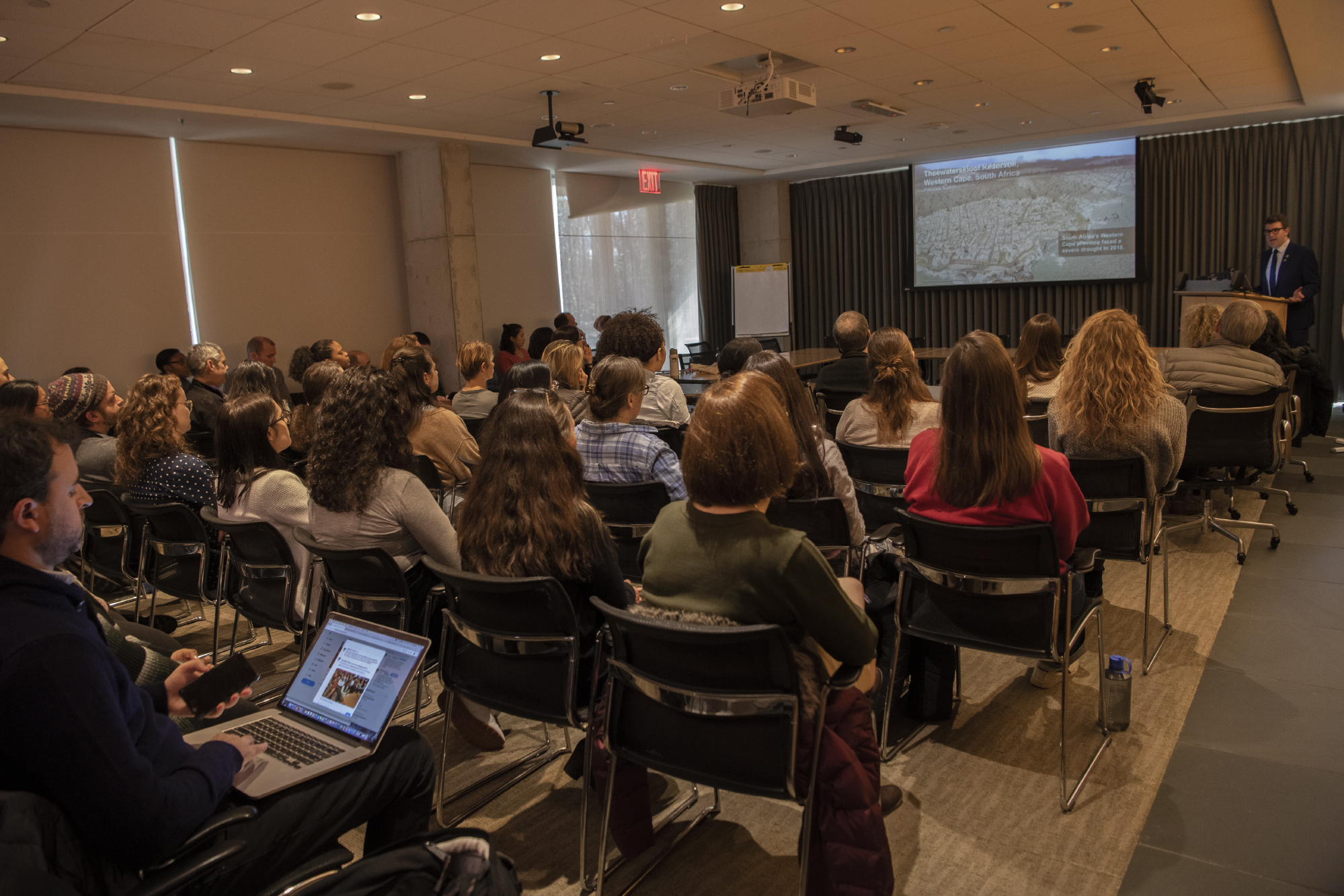 24 Hours of Reality: Live from the Bronx Zoo in New York City.

AND NOT TO BRAG

.@MayorCarter declares today 24 Hours of Climate Reality Day in the @cityofsaintpaul. Mayor Carter will speak at 6 p.m. tonight at the @sciencemuseummn to discuss how the City is taking bold action on #OurClimateCrisis. #24HoursOfReality #ReadBrave pic.twitter.com/yN1cGjAfpR

One of the best parts of the entire event?

Thanks to our partners at One Tree Planted, a tree will be planted for every participant that attended a 24 Hours of Reality presentation this year.

Long-time Climate Reality friend Calum Worthy — who joined one of our chapters for a post-24 Hours of Reality tree planting event — seems to agree that trees are incredibly important!

Spent the day planting trees in LA alongside amazing environmental activists from @ClimateReality. Trees are key to the survival of pale red heads who need constant shade pic.twitter.com/fXCfBcy1sz


These were just a handful of the thousands of presentations given around the world. Check out the event’s Zoomph page to see the full reel.

We want to thank every single one of the incredible Climate Reality Leaders who helped make 24 Hours of Reality: Truth in Action such a powerful event. When it comes to the climate crisis, every voice makes a difference — especially when they’re united to call for the change we need.

YOU CAN JOIN THIS FIGHT

Do you want to help us keep this incredible momentum going?

Join us at our next Leadership Corps training event and become a Climate Reality Leader.

Just like the all-star activists who presented during 24 Hours of Reality, you’ll be given the tools and the training to spread the truth about the climate crisis in your community. Together, this worldwide network of leaders is pushing for the solutions we need to solve this crisis!