This article was originally published by the World Economic Forum.

As we watch the youth take to the streets over climate change, and read daily news reports on sea-level rise, glacier melt rates, and the alarming amount of carbon in the atmosphere, many are left with a desire to act. Yet, the gravity of the climate crisis can seem overwhelming – especially for those who do not work in the environmental arena. Without a clear roadmap of simple steps to take, inertia sets in.

After working on climate action projects for nearly two decades with diverse communities around the globe, I’ve seen this inertia first-hand. The universal question seems to be: “The climate crisis is here, but what can I do?”

It's once-in-a-lifetime experience to witness the destructive effects of the climate crisis in #Greenland19. We must raise our voice for the Planet #Now.


Outlined below are five steps that anyone can take to activate these networks and play a role in battling the greatest challenge of our time.

Research shows that the average individual makes about 35,000 decisions every day. Imagine if you placed a climate action lens over even a small percentage of these choices? What to eat? Where to shop? What to buy? Where to work? Your choices matter. And the people you interact with on a daily basis (in real life and in your online presence) are watching your actions.

When you consider the climate crisis in your decision-making, others notice. Discussion begins, and the effect of your decision is multiplied. The reason that brands recruit influencers to wear their clothes, drive their cars, and visit their hotels is because they know that people are more likely to follow the preferences of those they relate to or aspire to emulate. We all have peer groups – those who travel within the same circles. With each climate-friendly decision you make, you start a discussion among these groups about why you chose to drive an electric vehicle, why you implemented a carbon-neutrality commitment at your company, or why you decided to buy stocks in a clean tech company.

2. Tap into your relationship capital

Is there a climate issue that is particularly significant to you? Someone within your network may have the influence or power to effect change. Just as your network watches your everyday decisions, they listen when you voice a concern – and you may be surprised by what happens next.

We often are not even aware of the value of the web of relationships that we keep. The concept of “six degrees of separation” can also be applied to “six degrees of impact.” If you recognize an environmental challenge but are not in a position of power to enact the necessary change, you may be connected to a decision-maker who is. Speak up and inspire action in others – you do not need to be the leader of a nation or a celebrity to influence the masses.

3. Get to know your local, regional, national, and global policy landscape

The policy landscape can vary greatly from one region to the next. The more you learn about existing policies (those that help and those that damage the environment), the more you will realize how regulations and legislation can play a critical role in supporting the adoption of clean technology. As more of the global populace moves into cities, the policies that guide the creation of these communities must give back more than is taken in terms of energy, waste, water, soil health, and other key impact areas.

4. Amplify the voices of others

With the Paris Agreement, the world witnessed a coming together and a unification of leaders from nations of all sizes. This type of public commitment encouraged non-state actors to step up their ambitions and make similar pledges. For this reason, many would argue that Paris was a tipping point. It signaled that countries were taking responsibility for their emissions, and that others could – and should – do the same.

But the story did not end in Paris. When Greta Thunberg caught the attention of the cameras at Davos with her cry for adults to “wake up and act like the house is burning,” people took to the streets. Greta’s movement allowed new voices to come into the picture, and she created agency among those in power positions. It is important to look for the “Gretas” within your community, and to amplify their voices.

Look also, if it applies, to your community’s indigenous people – those who have amassed so much knowledge from living closely with the land, and who are now on the frontlines of experiencing its rapid degradation. With an amplified platform, their expertise can create truly transformative solutions.

Yes, we need to move quickly. But even more important is that we move together … in the same direction. No matter how far along each of us are on our journeys, we must lift one another up as we pursue a unified goal. Some may have been in the environmental movement for decades while others may have been inspired by a film they saw last week. Yet every step counts. We must support the positive efforts of others – whether big or small – as we cannot afford for people to feel hesitant to act because they do not have the same level of knowledge about climate science as others.

So what are you waiting for? To fight the climate crisis, we need as many people as possible working in unison toward one common goal: a healthy planet.

Climate Reality livestreamed several exciting sessions from our Climate Reality Leadership Corps training in Brisbane, Australia, June 5-7. Be sure to follow us on Facebook to learn more and watch. 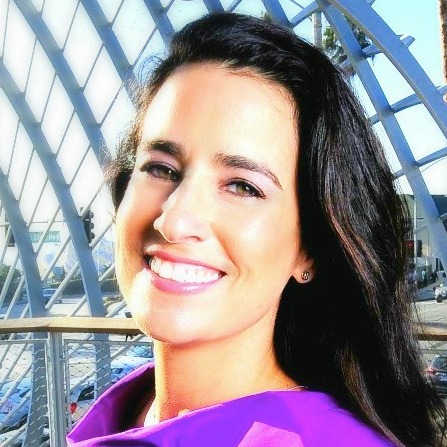 Soil Health is Finally Starting to Get the Attention It Deserves Read More
7 Questions About the Climate Crisis You Might Be Embarrassed to Ask Read More
Climate Change and Your Pet: Keeping Your Best Friend Safe in a Warming World Read More