“If you ever drive through West Texas at night,” says Corey Troiani, who works for nonprofit Texas Campaign for the Environment, “you’ll see hundreds of flares, as far as the eye can see, all around you.

The smell of these oil flares, the senior campaign strategy advisor says, is so pungent that he has to wear a mask – inside his car. “It’s a chemical smell. I don’t know that I can place my finger on it because it’s not something you usually smell, it’s not like a stovetop gas smell, it’s no natural smell.”

From April 2020 to March 2021, Texas produced 1.4 billion barrels of crude oil. Much of the drilling that has been taking place over the last few years in the region has happened in the Permian Basin, West Texas.

The basin is one of the nation’s oldest oil and gas producing regions and produced around 39% of the country’s oil between January and April 2021. In the last quarter of 2020, the basin was turning out more than 3 million barrels a day.

Flaring, the practice of burning off unwanted gas that emerges as a byproduct from oil wells, refineries, and gas plants, is commonplace, and flares can often operate continuously for days, or even weeks. Many oil fields and refineries have an excess of gas and insufficient capacity to send it to markets to sell, and so they simply burn it instead. Burning the gas turns the methane into carbon dioxide – which is less damaging to the atmosphere (methane traps over 80 times more heat than carbon dioxide for the first 20 years after being released).

However flaring poses severe health impacts for nearby residents, of which there are many. The process releases the carcinogenic compound benzene, as well as carbon monoxide and black carbon, contributing to ground-level ozone, which can cause heart disease and respiratory problems, among others.

“One of the biggest issues we’re seeing,” Troiani explains, “is that these huge facilities are cropping up next to urban environments, where the density of people living there is much higher. Some of the biggest refineries in the world are divided from a community literally by chain-link fence.”

Often, he adds, those communities are people of color, or low-income individuals, who do not have the resources to fight these facilities.

Last year, analysis of more than 100 refineries across the country found 10 of them reported levels of cancer-causing benzene above the safe threshold established by the EPA. Six of these refineries are in Texas, with the greatest offender – Total Port Arthur Refinery in the south of the state - reported levels 148% greater than the EPA’s limit.

Three basins account for 83% of oil and gas flaring, a study released earlier this year found, and two of them – Permian and Eagle Ford – stretch across Texas. Around 536,000 people living in these basins reside within 5 km (3.1 miles) of a flare, and more than 210,000 live near more than 100 nightly flares. Black, Indigenous, and people of color are disproportionately exposed.

“Quite a few studies have assessed the health impacts associated with living near oil or gas wells, but few studies had been done in areas with a lot of flaring,” explains co-author of the report Lara Cushing, who is a professor of environmental health science at UCLA. “We therefore didn't know what additional risks flaring may pose to the health of nearby communities.”

Cushing’s study also found not only are communities of color exposed to flaring, but they also tend to be in some of the poorest regions in Texas.

In Arlington, a city west of Dallas that sits on top of the natural gas reservoir the Barnett Shale, lit flaring (where there is a visible flame) is not permitted inside city limits.

So what refineries do, as Ranjana Bhandari, founder of grassroots organization Liveable Arlington, explains, is simply “vent” the excess gas.

“It’s basically an invisible unlit flare,” he says. “And they look like the gates of hell.”

Bhandari, recalls a “horror story” from a neighbor, who called her three weeks ago in a panicked, desperate state, describing a noise like a jet engine. “We live near the compression station of a major drill site, and she thought there had been a blowout.”

Later, residents learned the site had conducted a “blowout” – emptying out their pipes. Something that is usually done under the cover of darkness so as not to alarm people.

“My friend described the scene as something from a zombie apocalypse. They were all walking towards this terrible noise, which in hindsight, was absolutely the dumbest thing to do.”

Bhandari also describes “unusually high rates” of birth defects, and widespread childhood asthma. “But no-one has ever done epidemiology studies to connect the dots to see what role the oil and gas industries have played.”

These issues are not confined to Texas.

A 2016 report found more than 1.81 million Latinos in the US lived within half a mile of oil and gas production facilities, with nearly 1.78 million facing a cancer risk from toxic substances emitted by these facilities.

Cushing says she was “surprised” to see such a strong correlation between living near flaring activity and the risk of preterm birth.

“We estimated a 50% higher odds of a baby being born premature among women who had 10 or more flares within 5 km of their home during pregnancy,” she explains. “We also saw that the impact was greatest among Latinx/Hispanic women, which is concerning from an environmental justice perspective.”

Until now, flaring has been a process that has received little attention in terms of its impacts on health. Part of the reason is that flaring is underregulated, relying on self-reported data that is not verified by an external, objective regulator. “It’s prone to a lot of errors and underreporting,” Cushing adds.

Her study used satellite data to measure flaring activity, meaning for the first time, scientists can monitor when flares are taking place – and the health impacts communities living nearby suffer.

Billions of cubic feet of natural gas are burned off in oil and gas fields every year. And in Texas alone, the industry has burned more than 1 million cubic feet of gas every day since 2019. Combined, that would be enough natural gas to power 15 million homes for a year.

What’s most shocking, says Troiani, whose organization works on corporate and government accountability in Texas, is that the majority of pollutive practices that are taking place in urban areas are illegal and unpermitted.

The Texas Railroad Commission is the agency tasked with regulating the industry and companies must obtain a permit to flare gas. However recent analysis found more than two-thirds of flares observed during a three-month monitoring period were not permitted by the state.

For Trojani, the issue is pretty simple.

“If we actually followed and enforced our laws in Texas the pollution problem would be greatly and immensely reduced, and people’s health wouldn’t be so badly impacted.”

Take Action to Protect Our Health from Oil and Gas Operations

The US Environmental Protection Agency has proposed new rules to cut methane emissions from oil and gas operations and require monitoring of flaring operations. Take action today to support these new rules and call on EPA go farther in limiting emissions. 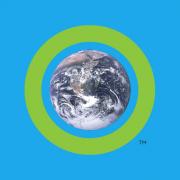 What We Can Learn from the Tragedy in Texas Read More
How Do We Get World Leaders to Listen? Read More
Following the Money: Holding Financial Institutions Accountable Read More