This article was originally published in The Hill.

Big Oil and its front groups want to kill electric vehicles (EVs) under the pretense of fairness. It’s no secret why. The industry sees that the electric transportation future is coming fast, threatening their polluting profits, and they’re scared. We should double down on electrifying transportation and support an expansion of EV tax credits so we can stop pollution that is driving the climate crisis and making our air healthier for everyone.

Let’s get real about Big Oil: The industry receives over $26 billion in subsidies from American taxpayers and pays nothing for polluting the air we breathe and exacerbating the climate crisis. If there’s any group doesn’t need help from the government, it’s this industry.

Let’s also get real about who suffers the most from air pollution and climate: low-income families and communities of color. Pollution from fossil-fueled transportation is the largest single source of climate pollution in the United States. As we saw when Hurricane Harvey dumped 60 inches of rain on Houston or when Hurricane Maria pummeled Puerto Rico, it’s frontline communities who suffer the greatest losses and are left without the help they need.

The threat and disparate impacts go beyond climate. Transportation pollution is also making us sick. According to new research  published in The Lancet Planetary Health, exhaust from cars is responsible for up to 4 million new cases of pediatric asthma each year. Another recent study by the Union of Concerned Scientists shows that African Americans and Latinos are exposed to roughly 40 percent more air pollution from vehicles than white people in California. The same study found that California households earning less than $20,000 per year are exposed to 25 percent more particulate matter pollution (PM 2.5) than California households earning more than $200,000 per year.

There’s a straightforward fix for a good part of this dangerous pollution: electrify the transportation sector. And thankfully, the sector is heading that way fast. For instance, electric vehicle (EV) and electric bus sales, while still a small percentage of overall sales, are growing precipitously. Between 2017 and 2018, EV sales almost doubled, and, in the latter half of last year, a zero-emissions vehicle was the fifth-best-selling passenger car in the United States. Bloomberg New Energy Finance projects that over 80 percent of all new bus sales globally will be electric buses by 2030. These increased sales are driving down costs and making electric transportation affordable for all.

The federal electric vehicle tax credit has been vital, not only in bringing costs down but encouraging choices that benefit us all in cleaner air and a safer climate. For example, with the credit a plug-in Prius Prime that pollutes less than a standard Prius also costs less and is much cheaper to own. As demand for EVs grows battery costs for EVs have dropped by about 80 percent since the incentive was enacted.

No wonder Big Oil companies are scared. Just as personal computers went from unaffordable desktop luxury to a device in your pocket hundreds of times more powerful at less than a tenth the cost, EVs are on the path to all our driveways. If we can keep to the current trend, within a few years every type of car, at all price points, from compact cars to SUVs and pickups can be electrified. The result: EV access to anyone who wants it along with cleaner air and real progress in reducing emissions. We shouldn’t be talking about just protecting such an effective federal tax credit — we should be talking about extending it.

The federal tax credit for EVs ramps down for manufacturers that reach certain benchmarks in sales. GM and Tesla EV incentives are starting to sunset and companies like Toyota and Ford are not far from hitting this benchmark. Thankfully, a bipartisan, bicameral group of lawmakers recently introduced legislation to prevent punishing car companies that have led the way on EVs. These thoughtful leaders understand that we need to continue the progress we’ve seen in the market and encourage the development of affordable models of every type to American families and businesses.

As the EV industry and its associated jobs continue to grow and drive down costs, our air will get cleaner and we’ll see a continual reduction in our largest source of climate pollution. Everyone wins. Let’s fix the EV tax credit and bring the benefits of zero-emission electric vehicles, and the cleaner air and jobs that go with them, to Americans in every corner of the country.

Want to stay connected with the latest in climate science and solutions? Sign up for our email list today and we’ll keep you updated with what you need to know 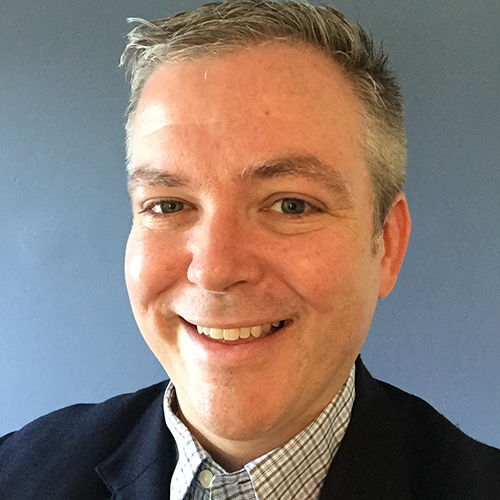