A 2021 Massachusetts law, the next generation climate deal, proposes a road map toward a decarbonized future. This map already has plenty of uncharted territories.

Many Black and brown communities are isolated, poorer communities are often left out of both the energy job market and its economic gains such as energy savings, and lower-income residents -- including renters -- are not always the primary audience for renewables.

Kerry Bowie, co-founder of Browning the Green Space (BGS), says this kind of mapmaking reflects a policy view with many blindspots. Launched in 2019, BGS brings multi-dimensional conversations that work towards inclusion in the energy space, focusing on 5Cs -- community, contracts, careers, companies, and capital.

“People are being stranded. If you are living check to check, you can't buy a new electric car and do a rebate program: that’s for rich people,” Bowie notes. “Even more frustrating is that government programs are paid for with tax dollars so everyone is paying in. Everyone should benefit more equitably. That’s why we’re here to help.”

“I would never have known or met Black and brown professionals and companies working in the clean energy sector if it wasn’t for BGS,” she adds. The current three-year plan, which ends this year, has a $2.6 billion budget to drive energy efficiency, such as home insulation grants, energy audits and other improvements. Wambui-Ekop says, “I am advocating for equitable energy efficiency through measures such as having a diverse workforce by assessing and revising vendor solicitation processes and setting minimum standards for diversity, equity and inclusion in Mass Save contracted vendors, mentorship and education among many other strategies.”

“When I did environmental justice work, I recognized so many trends taken to gateway cities across Massachusetts: disinvestment, lack of English, and getting lots of environmentally bad things,” Bowie remarks. Poor and marginalized communities often don’t have the ability to push back on fossil fuels and unclean environmental practices, so they become the path of least resistance. What BGS is tackling however, is not just that they “get less of the bad stuff,” but to add insult to injury, they are now missing out on the good stuff: clean tech jobs, energy efficiency, and renewable energy jobs.

For example, a gateway city like Lowell, which has twice the average poverty rate in Massachusetts and many residents isolated by language, has been underserved by the commonwealth’s’ energy efficiency programs. Since 2008 when the Massachusetts Green Communities Act - aka, the energy bill - became law, there’s been a great number of public comments across the commonwealth by environmental justice advocates that certain communities have not benefited from energy efficiency measures. Last year a study confirmed these comments.

To be truly inclusive involves addressing both supply side procurement barriers and demand side consumer inequities. BGS works to change three major trends in inclusion in the energy space:

One, job creation. Renewables and clean tech are still a nascent space, and in a climate of high unemployment it’s hard to find Black and brown communities drawn to the space. BGS is all about starting early by working with vocational and technical high schools, building the pipeline through apprenticeships and internships, and creating scholarship funds for community colleges and certificate programs. BGS wants to show BIPOC students they can get a good paying job in wind, solar, and more. Wambui-Ekop adds, “It’s 2021. We can’t assume there’s no qualified BIPOC folks. They just have not been tapped.” Part of that requires restructuring programs so that inclusion is part of their priorities.

Second, BGS believes in wealth generation for entrepreneurs. “We don’t have enough vendors that look and speak like the people we serve. If you have white guys knocking on doors in Latino communities to talk about energy stuff, it’s going to have a different response than having Latinos talk about energy efficiency,” Bowie points out. Bowie also leads Majira Project and Msaada Partners, two consulting and entrepreneur support organizations that push green tech entrepreneurship and innovation for founders of color and/or people serving underserved communities. He believes racial inequity and climate change are the biggest issues of our time, and the companies Majira Project supports - led by entrepreneurs of color - tackle both). Examples include successes like Bloc Power (working on heating and cooling via heat pumps) and Kiverdi (working on carbon transformation), which have raised nearly $90M amongst themselves in the last few years.

Lastly, and maybe the most important, the organization’s goal is to truly reduce the energy burden. For communities that don’t have access to renewable energy, they are left spending a higher proportion of their “wallet dollars” for energy during the cold New England winters. BGS is working hard to bring energy efficiency (e.g., greater or more effective insulation) and clean energy (e.g., solar) to these communities by increasing awareness, educating consumers, changing procurement processes, and building stronger government relationships.

To track how these approaches add up and help ensure low-income communities can access more of the good stuff of energy transition, BGS also advocates for data tools that promote clean energy to these communities. Specifically, tools that track multiple types of benefits, from cleaner air and water to more reasonably priced utilities. Having a diverse set of gains moves the climate needle instead of simply keeping a scorecard of metrics. As they push governments to move away from invite-only procurements, BGS is helping governments make a real shift.

One part of working with governments in reaching diverse communities is hiring and contracting for diversity. A recent win, the Massport model, serves as an example of how a government institution, in this case Boston’s Port Authority, selected a contractor through a process that offered extra points for diverse equity ownership not just contractors.

The initiative recently celebrated the fruits of its efforts with the opening of the Boston OmniSeaport Hotel.

New inclusive approaches, like the ones BGS are pushing forward, can shape the future of inclusive energy policies. Concrete, actionable plans will help pave the way for a federal government already committed towards pushing for social equity in the climate change movement. 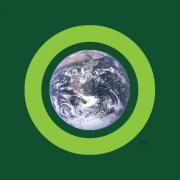 What a Just Transition From Coal and Gas to Clean Energy Looks Like Read More
Concrete Plans for the Immediate Reduction of GHGs Read More
Modernizing the Grid: The Pathway to a Clean Future is Clear Read More