By Pernille Jægerfelt Mouritsen, project manager at Nordic Sustainability and editor of Cities100

In our increasingly urbanized world, cities – already responsible for over 70 percent of global greenhouse gas emissions and consuming more than two-thirds of the world’s energy – are becoming ever more critical agents in tackling the climate crisis they are paradoxically also contributing to. As populations grow, these issues are not subsiding nor are they become easier to solve. However, as the new Cities100 report testifies, cities are upping their ambition to significantly cut carbon emissions, while also creating safe, livable, and equitable places to live for millions of people.

The Cities100 report, by C40 Cities and the consultancy Nordic Sustainability, is made possible with funding from the philanthropic association Realdania, and highlights 2019’s 100 most innovative and forward-thinking projects from 59 cities and 26 countries around the world. This year, the report features projects from 12 different sectors to show the plethora of ways in which cities are working toward delivering on the goals of the Paris Agreement.

Here, we guide you through five exciting climate action projects from five sectors and regions around the world.

In Tokyo, where buildings account for 70 percent of the city’s energy consumption, large commercial and industrial buildings are now part of the world’s first city-level cap-and-trade program, covering facilities accounting for 20 percent of the city’s total emissions. The scheme mandates emissions reductions year-on-year and has achieved reductions of 14 million metric tons of CO2 equivalent in its first five years. With data transparency as a key aspect of the scheme, Tokyo not only ensures independent verification of the emissions data from participating buildings – the data is also publicly available. Having successfully achieved significant reductions in the first years of the program, Tokyo is now ratcheting up ambition with stronger targets and mechanisms to boost the use of renewable energy alongside efficiency improvements.

In Accra, informal waste collectors collected more than 300 metric tons of waste daily, which was disposed of at illegal dump sites with open burning, resulting in air and groundwater pollution. In 2016, the Accra Metropolitan Authority initiated a program to integrate the informal waste collectors into the city’s official waste management system to increase collection of waste, close the illegal open waste sites, and ensure fair and inclusive employment. Since the program’s initiation, 601 waste collectors have been registered and the collection of waste has increased from 28 percent to 48 percent in just two years. By including the waste workers into the city’s official waste management efforts, their work is now recognized and considered dignified work. The increased collection has also resulted in reduced emissions and lowered the city’s risk of diseases spread in the communities.

Los Angeles has responded to the global climate emergency by integrating 1.5°C climate action planning into a comprehensive citywide sustainability plan, its own Green New Deal. With a range of ambitious goals, LA’s Green New Deal includes long-term targets for a thriving and healthy city. The targets include accelerating greenhouse gas reductions in the near future, achieving 100 percent renewable energy by 2045, and net-zero carbon buildings by 2050. LA’s Green New Deal is a commitment to the Paris Climate Agreement to act urgently with a scientifically-driven strategy, while ensuring the transition is just, inclusive, and that every Angelino has the ability to partake in the green economy. By 2017, the city had managed to reduce emissions by 25 percent from 1990 levels and with per capita greenhouse gas emissions at around one-third of the national average, the city is on track for its target of carbon neutrality by 2050.

The rapidly growing city of Fortaleza has promoted public transport, cycling, and walking since 2013. By putting low-carbon transport at the heart of its urban mobility framework, the city has been able to quickly transition from a car-centric to a people-centric city. Thanks to strong political leadership, the citywide mobility projects have not only reduced the coastal city’s emissions, but also reorganized its road space to be more equitably divided between the citizens. The mobility projects include expanding dedicated bus lanes from 3.3 km to 107.4 km, with another 42.6 km expected by 2020, and introducing 800 shared bicycles. By the end of 2020, the city plans to scale the bicycles to 4,000. To accommodate the many bicycles, the city has also expanded its cycling path network from 68 km to 257.5 km. Finally, Fortaleza is officially transforming itself from a concrete jungle to a forest city by planting more than 80,000 trees.

Traffic emissions are the biggest source of toxic air in London. To protect Londoners from lung damage, reduce the risk of breathing illnesses and heart diseases in adults, and improve the health of those exposed to the highest levels of pollution, London had to look to its traffic.

London has introduced an Ultra-Low Emission Zone (ULEZ), requiring that vehicles driving in the central London area must meet Euro emissions standards. Enforced this year in April, Londoners driving in the city must now meet the standards – or pay a charge. The ULEZ is the cornerstone of the city’s plan to thoroughly clean up the toxic air for the health of more than two million Londoners living in areas where NO2 levels exceed legal limits. While the zone initially only covers the center of the city, it will be expanded to cover a large enough area of the city to protect 3.8 million people by October of 2021. 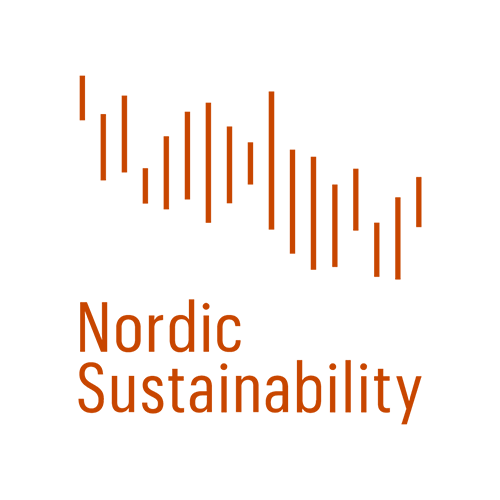 Nordic Sustainability is a value-based consultancy firm working at the intersection of strategy and sustainability. Based on a deep understanding of the systemic changes necessary and the underlying science, the company’s purpose is to help public and private sector organizations make better decisions and transform their organization’s activities. Nordic Sustainability is the first Future-Fit Business Benchmark accredited consultancy in the Nordic countries.