Climate change is not something that will occur in the future – it’s happening right now.

Millions of children are already affected by climate change, around the world and in the US. By virtue of its effect on sea levels, more frequent and severe hurricanes, heatwaves and droughts, air pollution, forest fires, and increases in infectious diseases, climate change is already affecting the way children live. The relentless destruction of ecosystems is depriving our children of experiencing nature’s beauty, clean air, safe drinking and recreational water, nutritious food supplies, and safe shelter.

I see many patients whose lives have been affected by climate change. What I see most frequently are children whose asthma and/or nasal allergies are getting out of control during days of poor air quality, in spite of their parents’ best efforts and compliance with medications.

I see patients whose eczema, a type of allergic skin disease, gets out of control on days of extreme heat or air pollution. Many children already cannot safely play outdoors on days with poor air quality or on very hot days, like those we’re experiencing with greater frequency here in Texas.

It is heartbreaking to witness how children are starting to live a “new normal.”


What happened during Hurricane Harvey is difficult to forget. According to Save the Children, 3 million children were affected by the hurricane. Of the approximately 34,000 people in shelters – an estimated 8,500 were children.

When I volunteered at one of the temporary shelters in Houston, I heard countless stories of rescues, anguish, and fear – many of them similar, each of them unique. There were hundreds of children sheltered in large spaces full of cots, surrounded by people they had never met.

I’ll never forget the panic-stricken face of a mother when she arrived with her newborn boy at the shelter’s clinic.  His baby blanket got wet with flood water as they evacuated their home.

But the emotional toll caused by Hurricane Harvey did not end after the shelters were emptied and the houses restored. In the weeks that followed, many of my patients’ parents, after having to abandon their homes and deal with the demands of restructuring their lives and emotions, were faced with the suffering of their children. Many were experiencing anxiety, behavior problems, and nightmares.

I remember a mother who told me that her nine-year-old boy was experiencing post-traumatic stress after being rescued from their flooded home and did not want to sleep alone. It pained me that all I could offer was reassurance and advise them to trust in the healing power of time, knowing that with unabated climate change, they would likely suffer these tragedies again.

It is hard to imagine the crisis children in Puerto Rico experienced during Hurricane Maria. After the violent winds and rain, every person on Puerto Rico, including over half a million children, woke up to a devastated island. Many trees had no leaves, crested rivers were out of control, and whole houses were blown away by the wind. Living for months without potable water and electricity was a reality nobody there could have ever imagined – and yet it happened all the same.

As pediatricians, we like to say that children are not little adults. Children often have trouble verbalizing their feelings, depend on adults for their safety, and have immature coping mechanisms to deal with extreme stress and trauma. Their bodies and their minds are not fully developed, and it is difficult for them to tolerate the increasing demands climate change will impose on their emotional and physical health.

The challenge imposed by environmental instability starts before the child is even born.  Exposure to extreme heat, air pollution, and increased rates of infection during pregnancy has been associated with poorly developed lungs, prematurity, stillbirth, brain abnormalities, heart abnormalities, and increased incidence of neurodevelopmental disorders.

We also know that emotional distress during pregnancy and mood disorders, which can be triggered as women face the uncertainty that climate change brings to their lives and the lives of their families, can affect not only the physical but also the neurological and cognitive development of the unborn child.

Many of a child’s vital organs, such as the lungs and brain, are immature and more susceptible to air pollution. In addition, children breathe more air per unit time, which translates to breathing more polluted air. Since they consume more food and water per unit of body weight too, they can have higher exposure to water and food contaminants, and their “hand-to-mouth behavior” and more time spent outdoors may potentially increase exposure to environmental pollutants and infectious agents.

Because children and sometimes adolescents do not have the decision-making capacity to protect themselves, they are also more likely to not drink enough fluids or rest enough when they are playing sports or engaged in other outdoor activities. On very hot days, this makes them prone to dehydration and other potentially fatal heat-induced conditions.

We must reflect on the crisis we are facing. Those of us equipped with knowledge and in positions of leadership have the moral responsibility to educate people about climate change and advocate for vulnerable populations. At the end of the day, the very young, the very old, minorities, people without medical insurance, and those living in poverty are the ones that will be affected the most.

As explained by Dr. Susan Pacheco, kids today will face the challenges of a warming world head-on. And as a parent, guardian, and/or caregiver, you have a responsibility to do your best to make sure they’re ready.

In our free new e-book, Beginning the Climate Conversation: A Family’s Guide, we discuss when to start the climate conversation and how to approach the topic with children. It is not designed as a substitute for formal science instruction, but we hope it will offer some insight into how to successfully discuss a challenging topic. 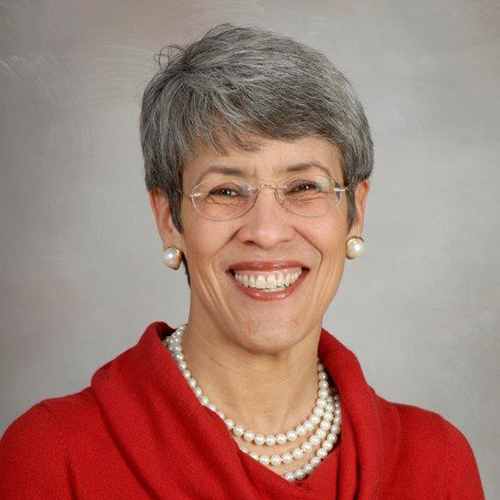 Dr. Susan E. Pacheco is a pediatrician and specialist in allergy and immunology. She practices at the University of Texas McGregor Medical School in Houston, Texas. Susan trained as a Climate Reality Leader in 2006, and has focused her advocacy on raising awareness about the effects of climate change on human health. In 2013, she received the White House Champions of Change Award in recognition of her efforts. This fall, alongside other Climate Reality Leaders and community advocates, she is organizing a national and international mothers’ campaign demanding climate solutions from leaders ahead of the 2020 election.