Just for Kids: What’s Climate Change? And What Can I Do?

By National Geographic Kids associate editor Allyson Shaw. Adapted and republished from the April 2018 Save the Earth issue with permission.

Climate Reality is teaming up with National Geographic Kids to share resources for kids to learn about climate change – and for parents and teachers to teach kids how to take action! This is the first blog in the series, but be sure to check back for more!

We know you love watching videos on your phone. But modern activities – such as plugging in devices, driving cars, and cooling homes – rely on energy sources such as natural gas, oil, and coal. Those energy sources release a gas called carbon dioxide (CO2) into the atmosphere. When CO2 and other greenhouse gases trap heat that would otherwise escape Earth’s atmosphere, the planet’s temperature rises. That’s called global warming, which causes climate change. 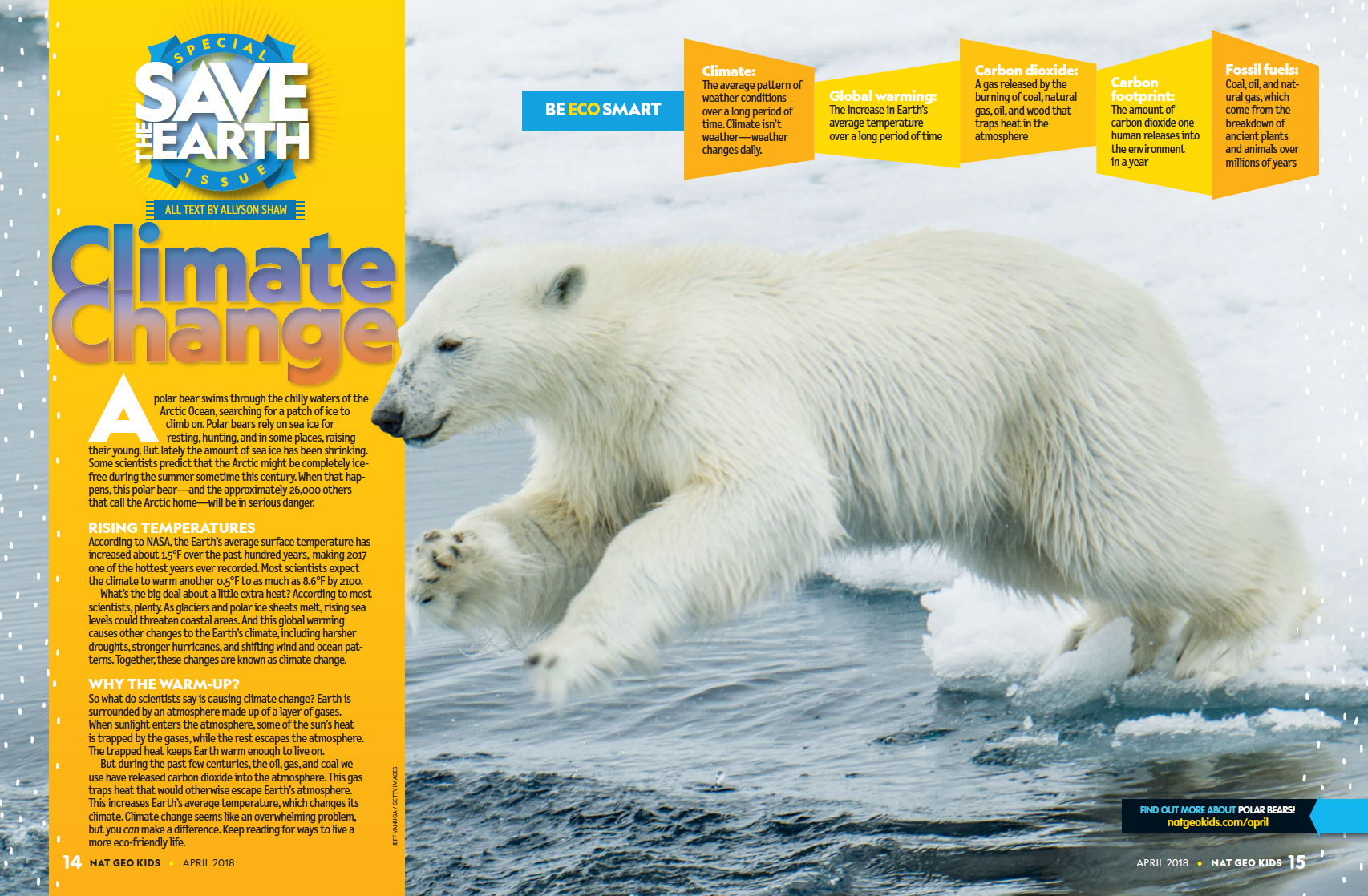 According to NASA, the Earth’s average surface temperature has increased about 1.8°F over the past hundred years, making 2017 one of the hottest years ever recorded. Most scientists expect the climate to at least warm another 0.5°F to as much as 8.6°F by 2100.

What’s the big deal about a little extra heat? According to most scientists, plenty. As glaciers and polar ice sheets melt, rising sea levels could threaten coastal areas. And this global warming causes other changes to the Earth’s climate, including harsher droughts, stronger hurricanes, and shifting wind and ocean patterns. Together, these changes are known as climate change.

WHY THE WARM UP?

So what do scientists say is causing climate change? Earth is surrounded by an atmosphere made up of a layer of gases. When sunlight enters the atmosphere, some of the sun’s heat is trapped by the gases, while the rest escapes the atmosphere. The trapped heat keeps Earth warm enough to live on.

But during the past few centuries, the oil, gas, and coal we use have released carbon dioxide into the atmosphere. This gas traps heat that would otherwise escape Earth’s atmosphere. This increases Earth’s average temperature, which changes its climate. Climate change seems like an overwhelming problem, but you can make a difference.

SO WHAT CAN KIDS DO? 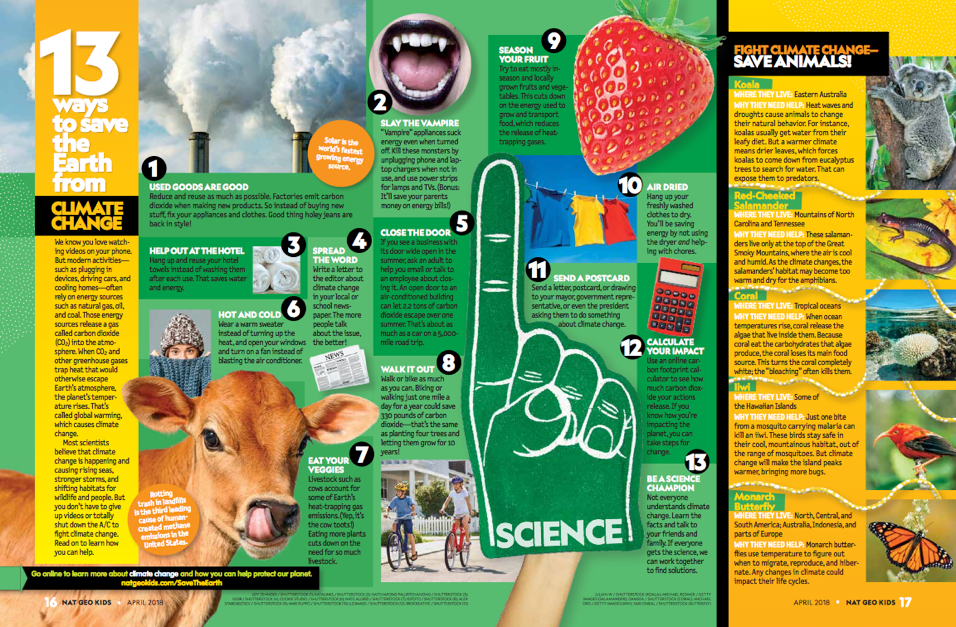 You can also check out National Geographic Kids for videos, games, and more ideas about how to get involved and learn more about our planet.

WHAT CAN PARENTS AND TEACHERS DO?