The Philippines is one of the world's most vulnerable countries to climate disasters. With more than 7,100 islands and an estimated 36,298 kilometers of coastline, more than 60 percent of the Filipino population resides within the coastal zone and are acutely impacted by climate change. Dangers include food and fresh water scarcity, damage to infrastructure and devastating sea-level rise. However, with an innate understanding of the acute impacts of climate change, the Philippines is one of the world's strongest voices leading the global movement, combatting the problem and ultimately setting an example in adapting to climate change. The nation is acting with urency and commitment — passing legislation, promoting the use of renewable energy and focusing on country-wide conservation.

That is why former US Vice President Al Gore and The Climate Reality Project hosted the 31st Climate Reality Leadership Corps Training in Manila. The Climate Reality Leadership Corps is a global network of activists committed to taking on the climate crisis and working to solve the greatest challenge of our time. The decade-long program has worked with thousands of individuals, providing training in climate science, communications, and organizing to tell the story of climate change and inspire leaders to be agents of change in their local communities. 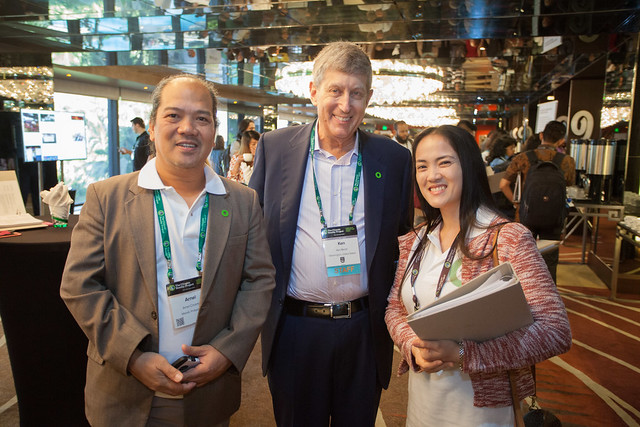 As the president and CEO of The Climate Reality Project, I am thrilled to contribute to the training of more than 700 new Climate Reality Leaders. These individuals from all over the world are leaders in their own communities, local governments, and businesses, who each care deeply about combatting climate change. At the training, they had the opportunity to learn from some of the best and brightest in their respective fields including Vice President Gore, Senator Loren Legarda, and Mayor of Tacloban Alfred Romualdez as well as world-class scientists, policy-makers, faith leaders, communicators, and technical specialists. These leaders offered specific guidance to trainees on the science of climate change, the cost of climate impacts, and the Paris Agreement that established the framework to transition to a global clean energy economy. After the training, trainees emerged as energized and skilled communicators with the knowledge, tools, and drive to take action, educating diverse global communities on the costs of carbon pollution and what can be done to solve the climate crisis.

Unsurprisingly, a large percentage of the trainees who attended the event are Filipino. This means that after the training, the great work on climate solutions already happening in the Philippines will accelerate.

Post-COP 21 this could not be more important.

The agreement reached in Paris was a monumental step in the effort to combat climate change with 195 nations agreeing upon an international plan to reduce greenhouse gas emissions worldwide. However, now we have to turn words into action. Success is 100 percent dependent on its provisions being strengthened and implemented over time. Here in the Philippines, that means transitioning the energy economy from coal to renewable energy resources and working to adapt to the realities of climate change.

The Philippines has long relied on dirty coal for energy. In fact, a 300-megawatt coal-fired power plan came online only a few weeks after the Philippines signed the Paris agreement — and this is the first of dozens of coal-fired power plants currently planned. Instead of supporting an energy resource we know is damaging, we must encourage banks and investors to embrace the revolution in renewable energy and encourage the growth and development of the clean energy economy here in the Philippines. The islands have with abundant renewable energy resources such as sun, wind, and ocean tides — now we need to prioritize investing in the infrastructure that turns these existing power sources into reality.

Furthermore, a significant part of the agreement signed by the Philippines in Paris requires conserving, enhancing, and restoring forests country-wide. Over half of the country's commitment to reducing greenhouse gasses is based on plans to avoid deforestation and promote reforestation. Strong support for programs such as the Department of Environment and Natural Resources efforts to restore the country's mangroves, including those running from eastern Samar to Southern Leyte, can make a significant difference in both the reduction of greenhouse gases and mitigating the potential risk and destruction from future storms.

The Philippines is one of the best-positioned countries to make a difference in the climate fight. My hope for the Manila training is that the trainees leave inspired to lead change in their own communities, including supporting and advocating for the crucial policies and changes needed as laid out by the Paris Agreement. If so, I am confident that the Philippines can play a key role in leading the world in halting the progressive destruction of climate change and ensure a sustainable future for us all.

Click here to learn more about how you can make a difference in fighting climate change by becoming a Climate Reality Leader.

The Encyclical Makes Waves from Brazil to the Phillippines Read More
How Is Climate Change Affecting the Philippines? Read More
What’s the Difference Between a Hurricane and a Typhoon? Read More