My life profoundly changed after training with the Climate Reality Leadership Corps. I was trained in 2012 in San Francisco, and at that time I had a career firmly in place as a newspaper editor. I was looking for the training to augment my understanding of current climate science.

Instead, the training became a turbo boost to change my life so I could focus solely on climate solutions. Within a year, I had transitioned to run a statewide non-profit, Earth Charter Indiana, formed to support and promote the principles of the Earth Charter. It was a perfect fit for me to pursue educating others about the climate crisis.

Fast forward to February 3, 2015, when I presented the “Climate Crisis and its Solutions” slide deck to two-dozen high school students from Manchester Jr.-Sr. High School in North Manchester, Indiana. North Manchester is about 90 minutes north of my city of Indianapolis, and it is an interesting mix of conservatives and progressives. It's a rural farming town, but it also features a university: Manchester University.

The high school teacher, Jabin Burnworth, is an AP environmental science teacher, and he's one of the best I know. I wasn't presenting about climate change in a vacuum – Jabin had been teaching his students about climate science, so he was looking to me to support his instruction. Nor was this my first visit; I'd been to that school two or three times before that day, and a handful since.

But on that February day, I remember how engaged these students were, and how many insightful questions they had. They were especially interested in farming's impact on the environment, both harm and help, and our conversation after the presentation lasted quite a while.

Coming out of this session, the students — led by their science teacher, Jabin, with assistance from me — decided to create a public event to teach their community about food and climate impacts. On March 25, they staged their event, titled “Food. Farm. Future.” 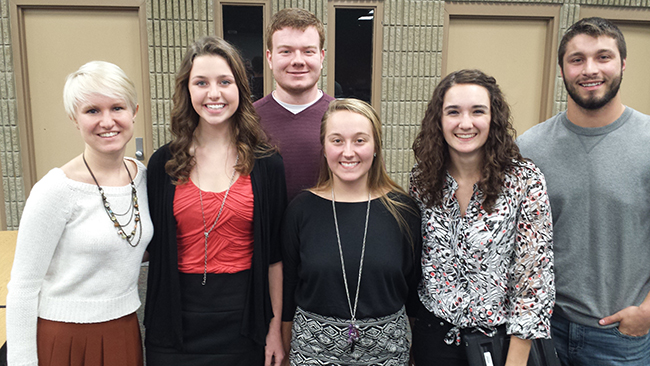 They held it at a public building in their town, where in the 1970s Earl Butz, then secretary of agriculture, publicly debated Wendell Berry, writer, farmer, and philosopher. They debated whether US farmers should, in the famous words of Butz, "Go big or get out." Or, whether farmers should become more eco-friendly, organic, and less damaging to the environment. So there was significant history in this location.

A brilliant move by the class was to feature handwritten letters from their grandparents, blown up on poster board, to view as one entered the facility. This created a friendly, respectful, and even poignant atmosphere. There was also a hydroponic garden for viewing, to juxtapose with this history.

The content of the event included presentations by the students on farming, climate change, and animal health. They even had a video from Bill McKibben, whom they contacted to attend. He couldn’t be there, but sent a video about his home state of Vermont's grappling with extreme weather due to climate change.

I marveled at the presentations: good looking PowerPoints, excellent graphics, and sound science – but the aftermath was pure beauty.

After the presentations they formed small group discussion circles. There were five or so circles, each one comprised of about a dozen people. In all, over 60 community members attended, a mixture of conservatives and progressives, including some local farmers.

Breaking up into smaller groups was the key in getting actual conversations going. It also helped that the high school students were the facilitators for the small group format, a process that kept the discussions civil and focused.

Only rarely do you get to see how a presentation you've given reverberates later. This event, staged by high school students, was one of the most ambitious and meaningful I've seen. That I had a small part in inspiring it further motivates me to continue giving presentations.

These days, when I’m asked to do a presentation, I am likely to say yes, but only as a springboard to further action. 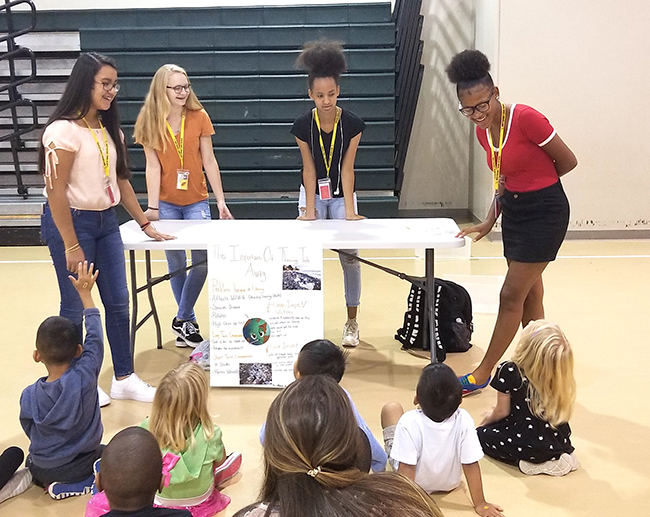 For example, in early September of this year, I embedded in a freshman science classroom for the day, showing a variety of slides — Climate Reality slides, along with my own slides of youth-led climate action in Indiana. I said yes to this invite because the students were going to stage a sustainability fair for preschoolers.

I was happy to invest this much time, because the payback would be enormous. Indeed, I attended their fair just the other day, where about 100 high school freshmen set up tables with displays and interactive games on various subjects — single-use plastic, energy use, litter, biodiversity, etc. — for the dozens of preschoolers. It was so inspiring to see these freshmen step up to become teachers, and in the process were able to learn about their subject area more deeply. As the wisdom goes: What you want to learn, teach.

Thanks to the Climate Reality Project, having given hundreds of presentations, I can now assist others in becoming the presenters, the leaders and the voices of tomorrow, today. 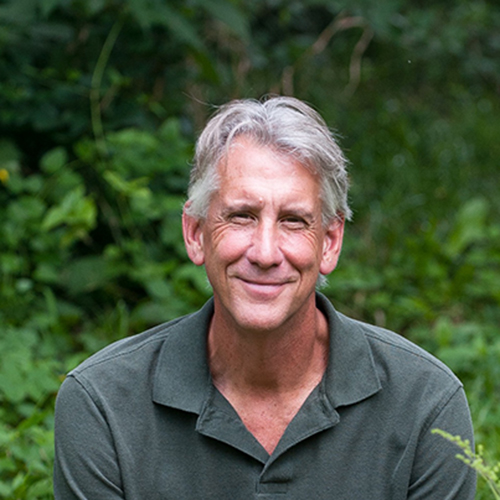 Jim Poyser is executive director of Earth Charter Indiana, a statewide non-profit dedicated to climate education and intergenerational climate action. He lives in Indianapolis on the White River.

Say What?: Starting a Climate Conversation Read More
Three Big Ideas for Land Use That Could Turn the Climate Tide Read More
Do Something Important on Climate: Talk about It Read More