A state bill in Tennessee would enable pipeline developers to roll over local communities in the name of energy security. Chances are, it’s just the beginning.

A state bill in Tennessee uses the pretext of the assault on democracy in Ukraine to undermine democracy and community self-determination at home. Chances are, it’s just the beginning.

Credit the fossil fuel crowd for never missing an opportunity to turn current events into a pretext for more pipelines. (Aka, doing what they wanted to do anyway.)

For the latest installment in this never-waste-a-crisis ethos, you only have to look at what’s happening right now in the Tennessee state capitol. With the tragedy unfolding in Ukraine unsettling global energy markets and inflation a real concern for millions, pro-fossil fuel lawmakers turned what was supposed to be an innocuous measure to study energy infrastructure into a virtual blank check for energy developers.

The bill in question is the combination of Senate Bill 2077 (SB 2077) and House Bill 2246 (HB 2246). After beginning life with a very different focus, the bill was rewritten in early March with amendments that would pre-empt or void any local government ordinance restricting energy development in any county in Tennessee.

The effect would be to strip local communities and legislators of any say or decision-making power when it comes to where oil and gas pipelines, storage tanks, or other infrastructure are placed. In practice, for nearly 7 million Tennesseans, this means that pipelines could be built right in your back yard, next to your kid’s school, or over the source of your drinking water.

And there’s nothing you could do about it.

Which all begs the question, who wins here? Who gets a voice in where energy infrastructure is built, if not people living in the towns and neighborhoods directly affected and the officials they elect?

The answer, no surprise, is private energy companies. The bill makes no requirement for companies to be associated with local utilities or grid operators. Or to be based in the state or even in the US, potentially turning the health of Tennessee families over to out-of-state businesses with no connection or real interest in the people who call it home.

Even worse, all signs point to this bill being the first of many across the country.

It Starts with the Byhalia Pipeline 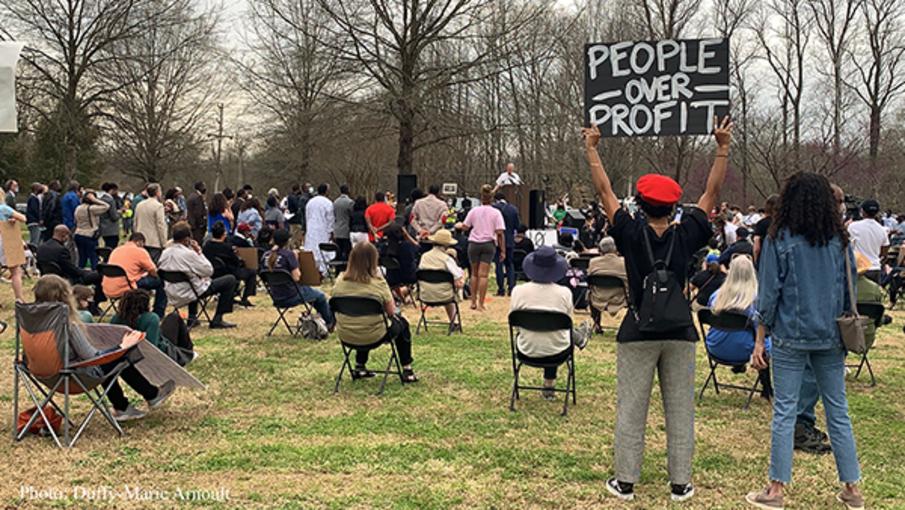 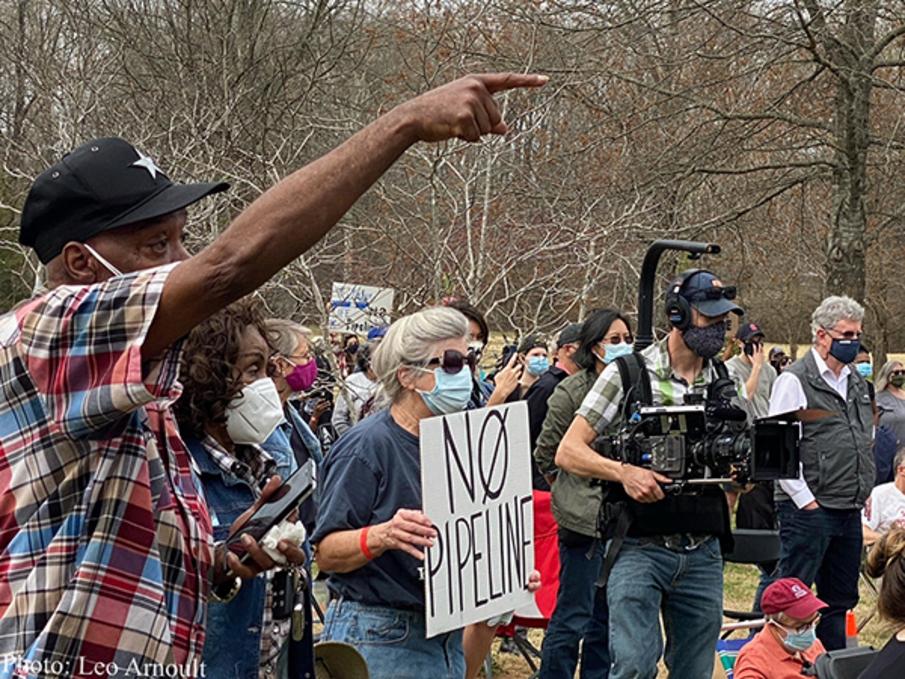 The project began as a joint venture between Plains American Pipeline, LP and Valero Energy Corporation to build and transport crude oil along a 49-mile pipeline from the Valero Memphis Refinery to an export terminal in Byhalia, Mississippi. As planned, the pipeline would pass through predominantly Black neighborhoods in Memphis like Boxtown – a neighborhood first formed by formerly enslaved people – and directly over the Memphis Sand aquifer that provides pristine drinking water to the city.

The project – fast-tracked for approval by the state and US Army Corps of Engineers – quickly became a poster child for the environmental racism many communities of color still live with. Residents of the 38109 zip code where the pipeline would pass through were already breathing toxic air pollution billowing out of the same Valero refinery just upwind and living with four times the national cancer risk, according to a 2013 study. And with Valero coming to the project with a troubling history of oil spills, concerns were high that leaks would poison the city’s water.

Then came the threat of eminent domain, with the developers poised to force the sale of land parcels along the proposed route.

Local groups and activists including Memphis Community Against Pollution (MCAP), Protect Our Aquifer, and Sierra Club jumped into the fight along with local Climate Reality chapters, enjoining lawsuits, pressuring the Memphis city council and mayor, and enlisting Congressman Steve Cohen to ask the Biden Administration to block the pipeline.

Voices beyond Memphis also got involved, raising the issue on the national stage. Former Vice President Al Gore calling the project, “a reckless, racist, and a rip-off” and Reverend Dr. William Barber II and Reverend Liz Theoharis of the Poor People’s Campaign hailed it as “a textbook case of environmental racism, injustice, and environmental degradation.”

Then something amazing happened. The activists won. After the city council voted in support of a resolution opposing the project and a series of delays, in July, developers announced they were no longer pursuing the project. And while the companies never mentioned local opposition, as local activist and MCAP President Justin J. Pearson said, “We've shown them that we aren't the path of least resistance. We are the path of resilience."

SB 2077/HB 2246 would erase that path, preventing the Memphis city council, mayor, or any other legislator or body from getting in the way with limits on energy infrastructure.

One of the revised bill’s sponsors, Representative Kevin Vaughan was keen to connect the bill to larger global events, telling reporters,

“We’re seeing now how we have issues with our supply chain, particularly due to international events. This is a situation where it’s bigger than just a community. This is vital to our nation’s infrastructure.”

Local activists aren’t buying it, seeing the bill as just a way to open the door to a new pipeline effort.

Things are moving quickly. On March 15, Representative Vaughan sent an amended version of the bill to the Senate Commerce subcommittee for a vote without giving local counties or the public adequate time to vet it. The rushed process also limited opposing voices prior to the vote, but activists were at least able to get an amendment providing local control over wellhead protection districts before the bill passed the committee. The amendment goes some way to helping protect local drinking water supplies – but it’s still a terrible bill.

Byhalia Is Just the Beginning

While this bill is about Tennessee, if you think that’s where it ends, well, we’ve got a bridge to sell you.

Already, similar bills are in process in statehouses across the country. North Carolina has seen HB 220 – promoted by the American Gas Association – introduced and Virginia has seen HB 1257. The language varies but the goal is the same: prevent local communities from blocking pipelines and other energy infrastructure.

For anyone concerned about democracy and our climate, this development is deeply troubling. The play is pretty clear: tap into fears  to lock us into expensive fossil fuel infrastructure for years and even decades to come.

But more pipelines and wells that – like it or not – tie us to the energy economy of autocrats and punishing price swings isn’t the long-term answer for energy or national security, whatever the Drill Baby Drill crowd claims.

What is, is using this moment to accelerate the massive rollout of infrastructure and clean energy we need to power our lives and this country without destroying the planet or bankrupting families. Because while oil and gas prices go up and down, the cost of wind and sunlight remains constant. Plus, with clean energy prices continuing to drop, drop, drop year over year, making a just transition to clean energy means we can both rapidly slash emissions and save families money from day one.

In the meantime, you can bet we’re going to be seeing a lot more bills like SB 2077/HB 2246 and hear a lot more drilling to protect our democracy, even if it means undermining your democracy at home. But like with those bridges we mentioned above, don’t buy it.

The Tennessee Commerce Committee meets to discuss SB 2077/HB 2246 on Tuesday, March 22. If you are a resident of Tennessee, tell the committee to block the bill. Time is of the essence and we need as many voices as possible speaking up to defend Tennesseans’ right to protect their communities and choose their energy future themselves.

The IPCC Has a Message: This Is Our Last Window to Act