What the American Jobs Plan Means for West Virginia

As renewable energy technologies like solar and wind have become cost competitive with fossil fuels, demand for coal has waned in the power sector.

In the US, West Virginia has been ground zero for this transition.

Coal long has been king in this part of the country, but driven by advances in technology, automation of many jobs, and simple market forces, careers in the sector are in a terminal decline – and communities across West Virginia have been trying to figure out another way forward as jobs disappear.

The answer cannot be found in the region’s past and the dirty, dangerous coal that propelled its initial growth. Instead, reinvigorating one of America's most beautiful and misunderstood states has everything to do with the future.

Enter the American Jobs Plan, a far-reaching plan to reimagine and rebuild the US economy with more than $2 trillion in strategic investments over eight years.

The American Jobs Plan proposes a lot of big investments. In highways and bridges. In public transit and electric vehicle support. In efficient housing and weatherization. In clean energy and an updated grid. And so much more.

Here’s what all that means for the people of West Virginia: 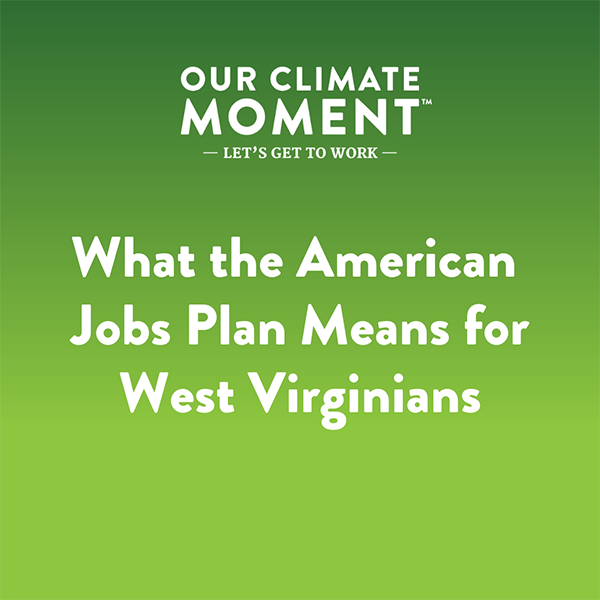 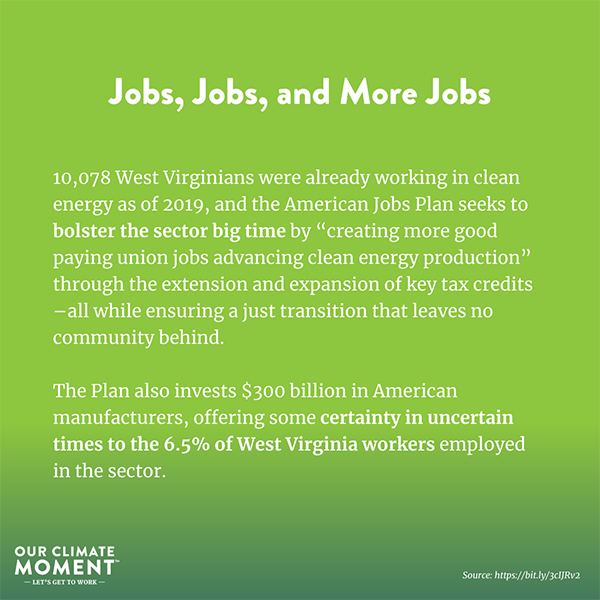 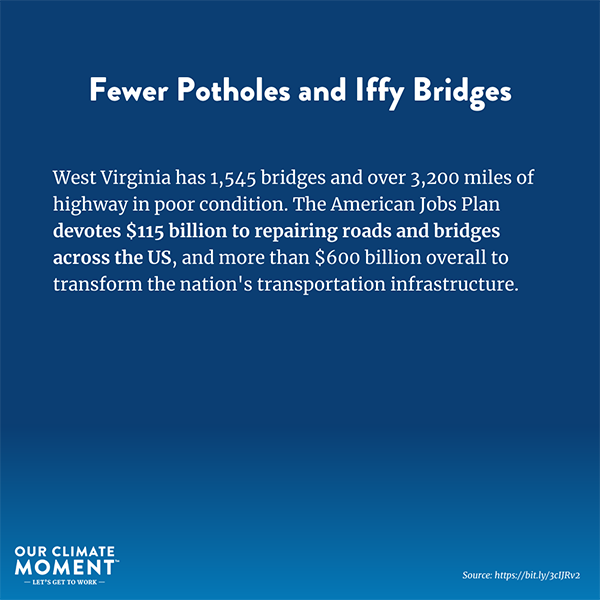 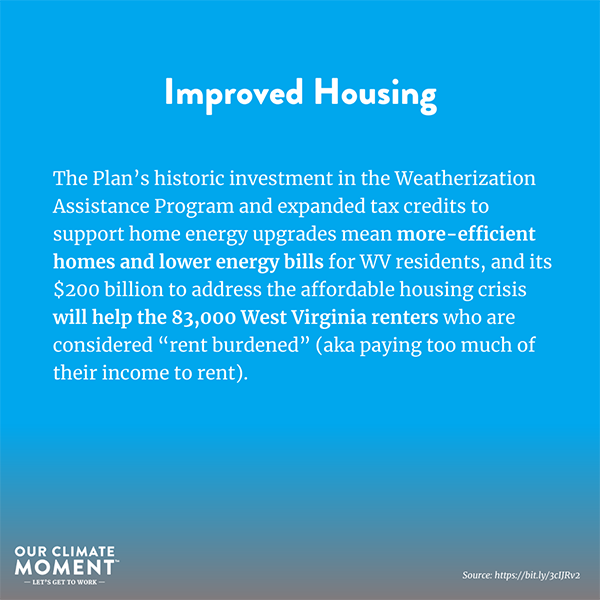 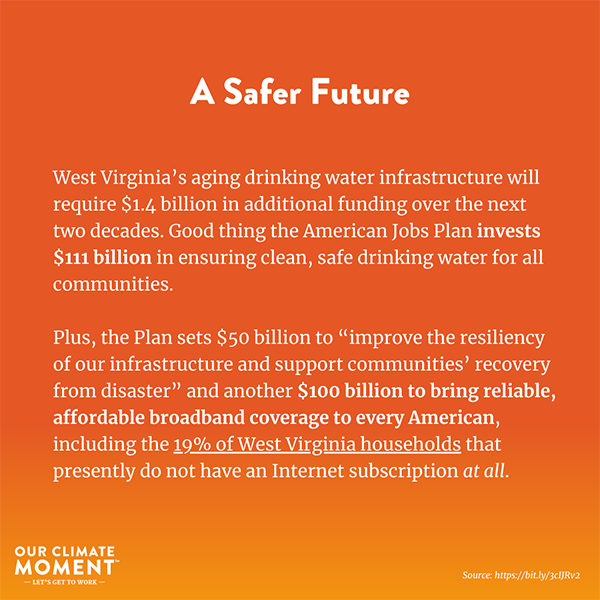 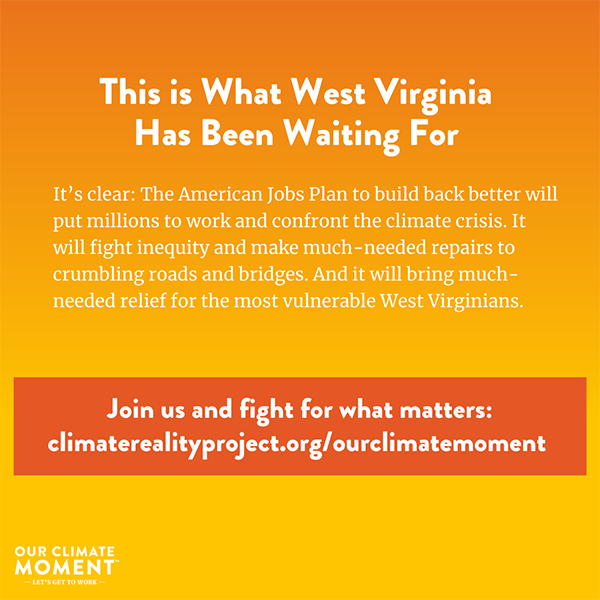 WHAT YOU CAN DO

Together, we can build a cleaner, greener, healthier future for communities across West Virginia and around the country.

It starts with joining your local Climate Reality chapter.

Everyday Americans are joining Climate Reality chapters and working together for practical climate solutions in communities from sea to shining sea. These friends, neighbors, and colleagues are making a real difference for our climate when it matters – and you can too.

Now’s not the time for half measures. Now’s the time to go big, bold, and fast. Before it’s too late.

Join a Climate Reality chapter today and be part of the fight for a sustainable future.