For those of us who count ourselves Muslims and immigrants, it is a challenging time to be living in the United States, with xenophobia and baseless stereotypes suddenly common everywhere from conspiracy websites to Congressional hearings. But as a Muslim immigrant, I am confident that the inclusive, welcoming America that was founded by immigrants and opened its doors to me five years ago will overcome the intolerance of this moment.

The truth is that – like immigrants – Muslims have long played an important role in American growth, progress, and prosperity. The 3.3 million Muslims in the United States are leaders, elected officials, activists, organizers, and concerned citizens working on issues that affect all Americans, including the climate crisis.

For me and many other Muslims, addressing the crisis is a moral and ethical responsibility. Muslims are called by God in the Quran to walk lightly upon the Earth, meaning we are bound by a moral imperative to treat our shared home with the care and respect it deserves – a sentiment that many other faiths share, and which Pope Francis recognized in his 2015 encyclical on the environment.

The crisis inordinately affects the poor and the disenfranchised, and many of our Muslim brothers and sisters around the world live in areas devastated by impacts like heat waves, floods, droughts, and other extreme weather events. As a native Indonesian, I’ve seen firsthand the destruction inflicted by flooding on impoverished cities and villages. We are obligated by our faith and by our shared humanity to stand up and fight for all people suffering from the effects of climate change – wherever, whenever, and however we can.

I live my faith by striving to be a responsible steward of the environment and encouraging others in my community to do the same. In 2009, before moving to the United States, I trained with Climate Reality and former Vice President Al Gore in Melbourne, Australia to become a Climate Reality Leader. At the training, I learned how to communicate the connection I have long seen between Islamic teachings and the need to act on climate.

Since coming to the United States from Indonesia several years ago, I’ve worked with Muslim communities around the country to bring sustainable practices to local mosques. During the holy month of Ramadan, I’ve seen entire faith communities working together to reduce food waste, phase out plastic and Styrofoam products during celebrations, carpool to reduce emissions, and conserve water. In my role at the Islamic Society of North America, I’ve helped many mosques implement sustainable practices like those through the Green Ramadan and Green Mosque programs, and as Muslim outreach director for Greenfaith, an interfaith environmental coalition, I’ve seen similar programs appear in a diverse set of religious communities.

Islam is the world’s second-largest religion, and 1.6 billion people – from the United States all the way to my home country of Indonesia – identify as Muslim. The climate fight cannot succeed without the leadership and cooperation of the Muslim community, which is why the Global Muslim Climate Network was founded last year. At the same time, we as humans must remember that we are all in this fight together, regardless of race, religion, creed, or country of origin.

I am incredibly proud to be a member of the Climate Reality Leadership Corps and empower people of all faiths and backgrounds to work for a bright future for us all. Just a few weeks ago, I was in Denver, Colorado, mentoring future Climate Reality Leaders with Vice President Gore at a training, sharing my story and talking to hundreds of future world-changers about how they could inspire their own communities to fight for a sustainable future.

We will win the climate fight when we recognize that this issue cannot be contained by borders, and certainly not by walls. Opening productive dialogue and fostering an inclusive environment both in the climate movement and throughout society is the first step. It starts with regular people like you and I rejecting baseless fears and stereotypes, embracing each other, and working together. Because together we will win.

CHANGE STARTS WITH YOU

Sign up today to learn more about upcoming Climate Reality Leadership Corps trainings and how to you can get involved. 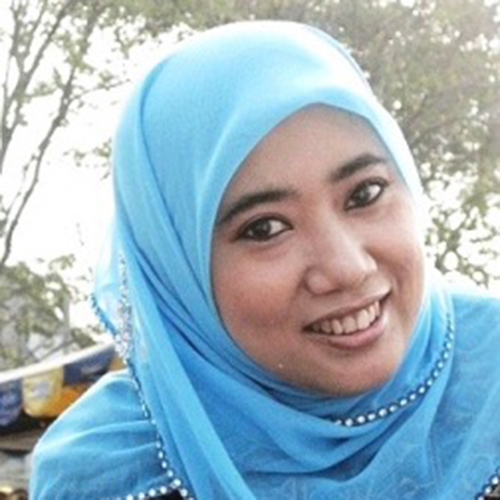 Nana Firman is the Muslim outreach director for Greenfaith, an interfaith environmental coalition, and is a Climate Reality Leader and mentor trained in Melbourne in 2009.

Attending a Climate Reality Leadership Corps Training: How to Make It a Reality Read More
Change Starts With Me: Six Dos and Don’ts for Climate Activism Read More
The People’s Climate March: How Far We’ve Come and Where We’re Going Read More