Get to Know Phyllis Cuttino: 5 Questions for Climate Reality’s New President and CEO

Phyllis brings nearly two decades of experience in climate activism, clean energy advocacy, and coalition-building to The Climate Reality Project’s mission to educate and empower climate activists around the world.

On June 1, The Climate Reality Project welcomed Phyllis Cuttino as our new president and CEO. We couldn’t be more excited!

Phyllis follows in the footsteps of Ken Berlin, who after eight years in the role announced his retirement late last year. She has some big shoes to fill, but if anyone is up to the task, it’s Phyllis.

Before joining Climate Reality, Phyllis served as executive director of the Climate Action Campaign – a coalition of 14 of the leading national climate and health organizations representing more than 12 million Americans. Under her leadership, the Climate Action Campaign coordinated with grassroots organizations around the country to build momentum around federal climate, clean air, and clean energy policy. She also served as the managing director of Climate Nexus’ Issues Management team, where she piloted a unit dedicated to identifying emerging policy and narrative threats and opportunities, as well as conceiving and operationalizing responses for the broader environmental movement.

Phyllis has also led climate and sustainability work at the Pew Charitable Trusts and held various roles for political campaigns and elected officials. She served on the senior staff of two United States senators and as vice president of public affairs for Ted Turner’s $1 billion gift to UN causes.

As we begin our work together, Climate Reality wanted to take a moment to get to know Phyllis a little better, particularly what motivates her to keep up the good fight even when times get tough. Read on to hear what she had to say!

Climate Reality: You bring nearly 20 years of experience working in climate advocacy, clean energy, and environmental justice to your new role at Climate Reality. What first drew you into the movement? 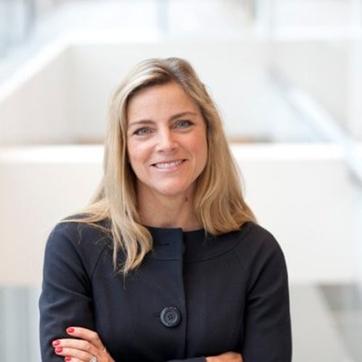 Phyllis Cuttino: The magnitude of the threat of climate change was my initial motivation. Over the years, my passion and commitment have only been strengthened by the clarion call of the science, the ever-worsening and obvious impacts such as extreme weather, the growing and accessible clean energy solution set, and the intersectionality of the issue.

My first real experience working to address the climate crisis was at the United Nations Foundation, building support for nations acting in concert to address the climate crisis and advocating that the United States must both be a good global partner and a leader.  From there, I ran a domestic effort aimed at reducing emissions in the transportation sector by increasing federal fuel efficiency standards. Thereafter, I have been fortunate to work within a broad community of advocates, clean energy businesses, national security experts, environmental justice leaders, and many more advocating for climate solutions from all perspectives at a variety of organizations.

CR: The movement for climate solutions has grown and changed dramatically during your career. What have been its biggest, most-important accomplishments? And perhaps, in your opinion, in what ways has it failed to meet the moment?

PC: Legislation and regulation in the transportation sector in the last 15 years has driven increases in fuel efficiency, reductions in oil consumption, and is paving the way to electrification. Investments and incentives in clean energy technologies have rapidly decreased costs and accelerated deployment of solar (rooftop, utility, and community) and onshore and offshore wind. Corporations and communities are prioritizing sustainability and resilience at the insistence of their customers, shareholders, and citizens. Critically, environmental justice is being centered in the response to climate change – as it absolutely should and must be. There are many accomplishments that climate activists can point to with pride.

Still, we have a long way to go. The United States has yet to adopt a comprehensive, economy-wide climate policy. Globally, developed nations, including the US, must do more and faster to reduce emissions and support developing nations with desperately needed resources and technology. Opponents continue work to politicize and polarize efforts to address climate change, and entrenched interests seek to protect the status quo. Time and time again, policymakers have failed to muster the necessary political will to act, even though majorities of voters around the world support action on climate, clean energy solutions, and injustice.

CR: What gives you hope and the energy to keep going in the fight?

PC: Three things: 1) the citizen advocates and activists – many of them young people – who fight tirelessly for change; 2) the climate solutions toolbox that, when deployed, not only reduces emissions and protects our planet but also improves public health, creates jobs and opportunity, reduces costs for consumers, and enhances security, energy access, and resilience; and 3) my children and future generations who will inherit the environment we leave to them.

PC: I have long admired Climate Reality’s approach and its work of equipping citizens the world over with the knowledge and facts around climate change and engaging them in advocating for solutions and a just transition.  When Vice President Gore presented his first slide show and inspired the film “Inconvenient Truth,” it catalyzed an effort that has since reached and inspired millions of people around the globe and influenced public and policy conversations in profound ways.

I am proud to join the talented Climate Reality Project team and look forward to working alongside them around the world to make a difference.

PC: The science is clear: we must act boldly and decisively in this decade if we are to avoid the catastrophic impacts of climate change, enact a just transition, and address environmental injustice. It is time to meet the moment.

Phyllis has cultivated deep experience and relationships across the climate and clean energy spaces and successfully led coordinated campaigns, coalitions, and issue advocacy efforts to achieve both narrative and policy change and push for meaningful and equitable climate action.

We are so excited to have her leading the team at this pivotal time for our movement.

Are you ready to learn more about what you can do to make a difference in our fight for a just and healthy future? Join our email activist list today.

Climate Reality at 15: Who We Are and Where We’re Going