Some people view the climate crisis as a down-the-road problem; something we can wait to deal with later. It’s not.
July 16, 2021

The climate crisis is not waiting for us.

It will continue to exacerbate existing threats to our well-being – from stronger hurricanes and rising seas to longer droughts putting our food and water at risk – and give rise to new ones.

The impacts of the climate crisis are far-reaching, but solutions exist that can help us improve quality of life around the world right now and work toward a healthier, more sustainable future for all.

But with all that said, we know it can also be seem overwhelming. And thanks to fossil fuel interests and deniers spreading all kinds of myths, many people don’t know the truth of what’s happening to our planet or what we can do.

Below, are five key facts about the climate crisis in 2021 to get you up to speed on what’s almost certainly the greatest threat humanity has ever faced – and how together we can defeat it.

Climate change is a human-caused crisis.

This is not up for debate, despite what your uncle may say at holiday dinner. More than 97 percent of climate scientists around the world agree: climate change is happening and it is caused by human activity.

Our climate is changing largely as a result of increased levels of atmospheric greenhouse gases (GHGs) – chiefly carbon dioxide (CO2) – produced by our burning of fossil fuels for electricity, industry, and transportation.

How do we know?

Well, we know that burning fossil fuels like coal, oil, and natural gas releases vast amounts of carbon dioxide into the air. And we know that CO2 is a greenhouse gas, and that GHGs trap heat from the sun in our atmosphere. 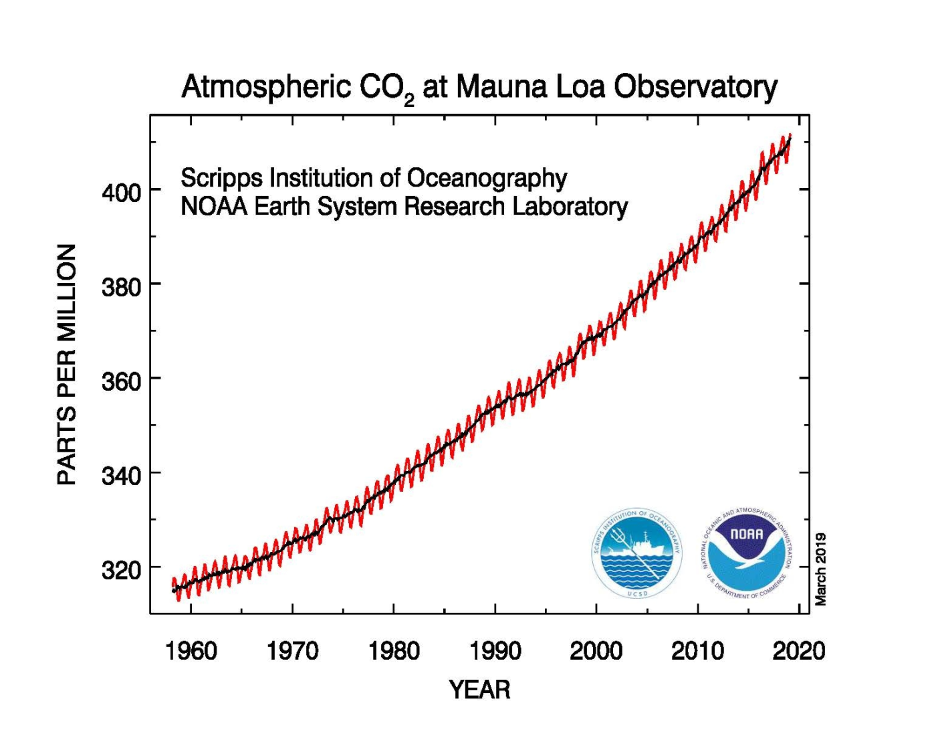 In other words, the evidence of a strong correlation between human behavior (the burning of fossil fuels) and the higher temperatures we’re seeing today is irrefutable.

Have an uncle (and isn't it almost always an uncle?) shouting about variable solar output or volcanic eruptions, and need more proof? Well, unsurprising for such a dirty form of energy, the CO2 we burn leaves fingerprints. Isotopic ones.

"Fossil fuels are the only source of carbon consistent with the isotopic fingerprint of the carbon present in today’s atmosphere," NOAA states. "That analysis indicates it must be coming from terrestrial plant matter, and it must be very, very old. These and other lines of evidence leave no doubt that fossil fuels are the primary source of the carbon dioxide building up in Earth’s atmosphere."

So that's that. Since the Industrial Revolution, burning fossil fuels has emitted hundreds of billions of tons of heat-trapping CO2 into the atmosphere, where it stays for centuries.

“There is no plausible explanation for why such high levels of carbon dioxide would not cause the planet to warm,” NASA also explains.

This added carbon and extra heat are more than the Earth’s finely balanced systems can handle. At least without changing our climate and making storms more violent, oceans hotter and more acidic, and on and on.

Temperatures are expected to go up by how much?

Since 1880, the average global temperature on Earth has increased by a little more than 1 degree Celsius (2 degrees Fahrenheit) with two-thirds of that warming occurring since 1975, a rate of roughly 0.15-0.20 degrees Celsius per decade.

And of course, just a single degree determines whether you have water at all – because at 0 degrees Celsius, it turns to ice.

That’s why 1.5 degrees Celsius has become the danger line for global warming to many experts.

“Limiting warming to 1.5 degrees Celsius would reduce the number of people frequently exposed to extreme heatwaves by about 420 million, with about 65 million fewer people exposed to exceptional heatwaves,” according to NASA.

Even the half-degree difference between 1.5 and 2 degrees Celsius of average global warming, the stretch and target goals of the Paris Agreement, respectively, is shocking:

And if we keep burning fossil fuels without making any real efforts to cut emissions, we could see surface temperatures on Earth warm by more than 4 degrees Celsius (7.2 degrees Fahrenheit) by the end of this century. Put as plainly as possible, this would transform the planet in ways that undermine its capacity to support a large and thriving human population.

That’s why it’s crucial to remember that the climate crisis doesn’t start when we hit 1.5 degrees of warming, it’s already here – and we need to act.

Impacts of the climate crisis are being felt now – and could get much worse.

We know that some people view the climate crisis as a down-the-road problem; something we can deal with later because it’s not really a big deal right now.

Tell that to the millions who labored under the “heat dome” that settled over the US’ Pacific Northwest in late June, the Central American farmers no longer able to make ends meet, or those who lost everything in last year’s Australian wildfires.

Or perhaps anyone who has weathered successive Category 4 hurricanes in recent years.

So, where do we go from here? Nowhere great, that’s for sure.

Unless we break our dependence on fossil fuels, temperatures will keep going up, up, up. And that means tropical storms will continue to get stronger, wildfires will burn more and more acres, heat waves will become ever-hotter and more frequent, and farmers will experience crop loss more often – increasing the risk of instability, migration, and national security concerns around the world.

These impacts are not felt equally.

Any conversation about the climate crisis is incomplete without considering how it disproportionately harms low-income communities and communities of color.

This oppression is often achieved systemically, through policies and practices that effectively place low-income and communities of color in close proximity to polluting facilities like power stations, plastics plants, and methane gas pipelines or to infrastructure like major highways.

Living close to pollution – often the same emissions driving the climate crisis! – people in these communities are exposed to a variety of harmful pollutants at a higher rate than White and higher-wealth communities. This leads to far greater rates of serious health problems in communities of color, from cancer to lung conditions to heart attacks, as well as a higher prevalence and severity of asthma, lower birth weights, and greater incidence of high blood pressure.

As a movement, we have a moral obligation to act to dismantle the structures subjecting people of color and low-wealth families disproportionately to environmental health hazards.


We can solve this crisis – we just need the will to act.

It’s true that even if we completely stopped emitting carbon pollution today, we’d continue to experience climate change impacts for a considerable time to come. The pollution that has caused our current crisis stays in the atmosphere for tens to hundreds of years; climate change is not a phenomenon that can be stopped in its tracks immediately.

But it’s our responsibility to do everything we can to prevent the worst of it. And it certainly could get much worse.

Good thing we have the practical, clean-energy solutions and policy plans to do it!

And with supportive federal leadership, we have the chance to think big and act boldly. To confront the climate crisis threatening our future. To get workers and families devastated by the pandemic back on their feet. To finally face the racial injustice destroying dreams and lives across the country.

Together, we can hold federal officials to their word to take bold climate action, work in coalition with fellow environmental advocacy groups to advance our collective goals, and make sure all of our voices are heard in demanding a cleaner, greener future.

(For more on the “how” part, click the links above; unfortunately, there is no one-size-fits-all solution to the many facets of the climate crisis.)

Ready to take the next step?

Learn more about the exciting campaigns, training programs, educational content, and climate advocacy happening at The Climate Reality Project by signing up for our email list. Be the first to know the latest climate science as well as when powerful opportunities to stand up for a better, more sustainable tomorrow arise!